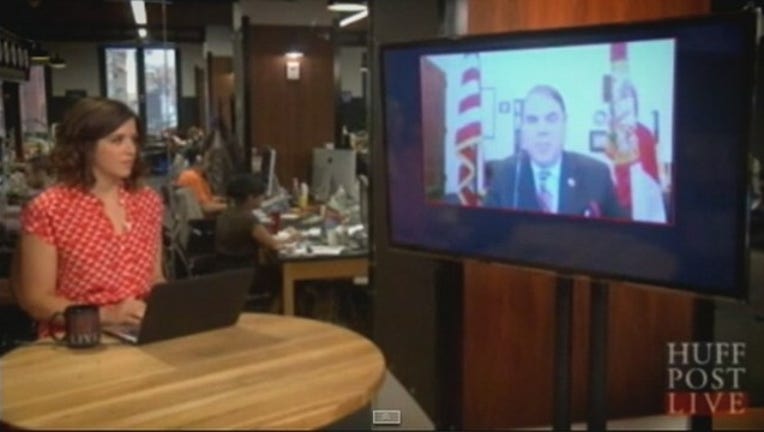 Pundits say the race for the U.S. Senate seat currently held by Marco Rubio will be one of the most expensive and interesting races in the country.

That designation is in no small part due to outspoken Democrat candidate Alan Grayson, a current congressman from Orlando and multi-millionaire whose hedge funds have prompted calls for ethics investigations in the past few days.

During a Thursday media blitz announcing the run, it wasn't as much what he said, but where he said it that stood out. In an interview with Huffington Post Live, he was on Skype - and clearly seated in his congressional office.

The problem? House ethics rules make it clear that current members of congress can't use congressional resources for their re-election campaign. For instance, campaign photos can't be taken in the office, computers and phones can't be used, and campaign strategy sessions can't take place there, either.

Grayson's spokesman in D.C. admits the interview was in the congressman's office, but says there's a good reason for that: Grayson was really busy that day.

"Because of the hectic schedule…there was no alternative," said spokesman Ken Scudder, who added that the Skype interview was done from a campaign computer in the congressional office.

His spokesman says there was no attempt to misuse government resources, but says, "The Congressman will not do any more interviews in his government office regarding his campaign for the U.S. Senate."

We reached out to his campaign, but didn't hear back.