ST. PETERSBURG, Fla. - After being delayed one year, the Summer Olympics will take place next month in Tokyo. Ten thousand locals are allowed to attend, but international fans, including the family of Florida Gator swimmer Bobby Finke, will not be permitted to be in the stands.

Joe Finke, Bobby Finke’s father, recently went through some old photos of his son's swimming achievements, thinking about how far this former Countryside High swimmer has come. Bobby Finke is now the first male swimmer from Pinellas County to earn the title of U.S. Olympian.

"Just total pride," Joe Finke shared. "When I met him below on the deck [at the U.S. Swimming Trials, Omaha, Nebraska] and hugged him, I actually started crying. Just incredible."

The Florida Gator junior punched his ticket to Tokyo with wins in the 800 and 1500 meter races at the U.S. Olympic qualifiers in Nebraska this month. He crushed his competition in the 1500 and won by 15 seconds. That's over half a pool length. He holds the 4th fastest time in the world. 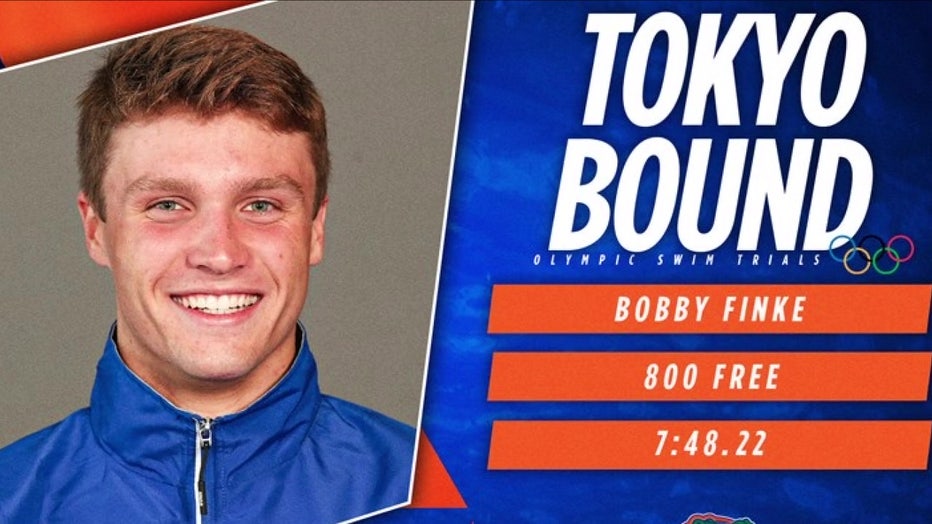 Bobby Finke’s parents have been right by his side since his first competitive race at the age of 6. His mother was a collegiate swimmer and his dad coaches at North Shore Pool in St. Petersburg. They haven't been able to attend all his meets, but with the Olympics being his crowning achievement in his swimming career, not having the option to go to Tokyo because of the pandemic is disappointing.

"It's a disappointment, yeah, but at the same token in Tokyo they are going to be going from hotel to the pool, from the hotel to the pool or from the village or whatever they are going to stay in," commented Joe Finke.  "They're not going to be outside doing anything. So we're not going to be able to do anything with him [if we were allowed].  We could watch him swim, but that would be about it. That would be great, but I probably can get a better view on TV. It's not the best situation, but you take what you get." 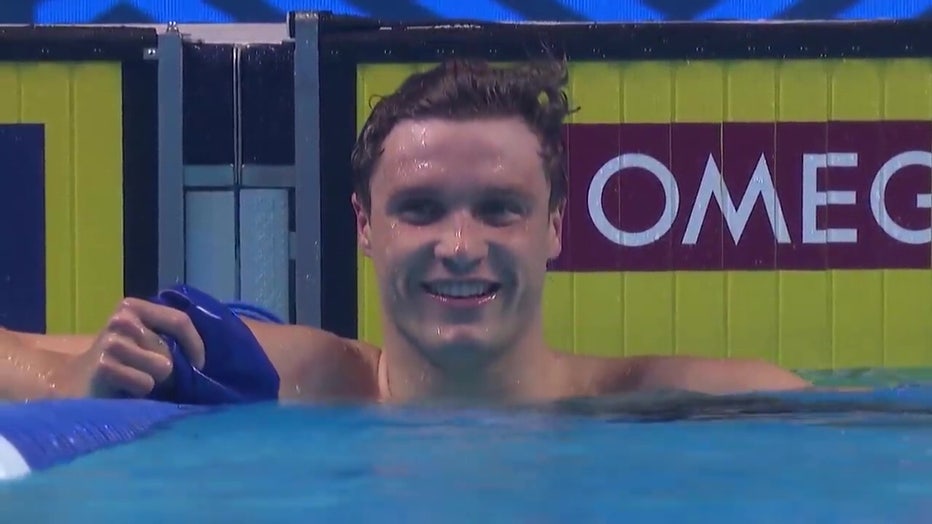 There's been just one American to medal in the 1500 during the last three Olympics and Finke is facing some stiff international competition. Coming home with a medal is the ultimate goal, but in the eyes of his parent's Bobby has already won.

"Finals would be whipped cream on the top and a medal would be a cherry on the top of that," said Joe Finke. "Just being able to say he's an Olympian, that's just so cool."