CLEARWATER, Fla. - A St. Louis couple packed up everything they own to move closer to their children in the Tampa Bay area – but their move turned into a nightmare after U-Haul mistakenly repossessed their rental truck, leading to some of their largest items, like furniture, being incinerated.

They thought someone stole the 26-foot U-Haul truck along with everything inside it, but they later learned it was repossessed by the company due to a clerical mistake in their system.

"This was an extremely rare and regrettable series of events for which we take full responsibility," U-Haul said in a statement to the Brown family.

Stan and Shirley Brown said they brought their belongings down to Florida on August 27, but they couldn't move into the Riverview home for another week. So, they paid to park the 26-foot U-Haul truck at the Holiday Inn on Ulmerton Road in Clearwater. On Sept. 4, when they arrived at the hotel lot to pick it up, the truck was gone.

Now, their closet shelves are bare and spaces, where their furniture should be, are left empty. Everything they had packed from their old St. Louis home never made it to their new one. 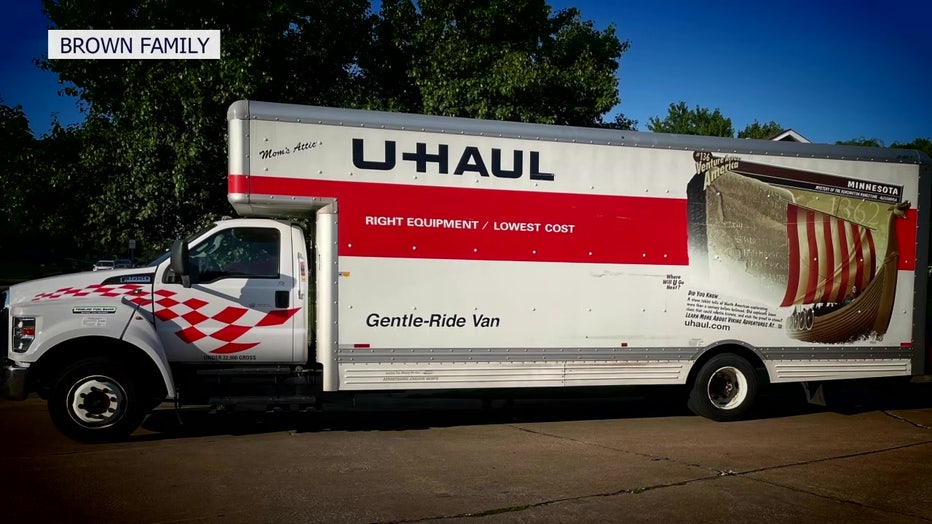 The Brown family thought their U-Haul with all their belongings was stolen outside a Clearwater hotel. They later learned U-Haul repossessed the rental truck due to a clerical mistake.

The Browns told FOX 13 that five boxes of their belongings were returned Thursday. The couple said they are grateful, but the boxes are only a fraction of the items inside the moving truck. Additionally, they said one box was a compilation of items from other boxes, leading them to wonder how many of their belongings may actually be in someone else’s hands.

The family's larger items from the U-Haul were taken to the landfill earlier this week and, unfortunately, incinerated after being dropped off. The family said the ordeal is a punch in the gut and an emotional rollercoaster.

"My dad, when he was alive, made walking sticks and staffs, and I had probably over 100 of them on the truck," said Stan.

Stan and Shirley estimate everything they had in the truck was worth about $43,000. While money can buy new things, it is the memories and family heirlooms they will not get back.

"All those things are important, and they're irreplaceable," Stan said.

"It's been tough," said Stan. "It's been especially tough on my wife. It's been emotional for her."

RELATED: U-Haul repossesses couple's rental believing it was abandoned at Clearwater hotel, dumps all belongings inside

The Pinellas County Sheriff’s Office initially launched a theft investigation, but it turns out the truck was never stolen.

Stan said U-Haul called the couple on Wednesday, following media reports of their story, telling them they mistakenly recovered the truck on Sept. 2. Stan described the conversation on the MJ Morning Show on Thursday.

Even though the Browns had a valid contract on the truck, U-Haul said in a statement it was accidentally identified as abandoned equipment. Therefore, it was repossessed by the company.

"There's a lot of unanswered questions right now," Stan said on the radio.

A U-Haul spokesperson said this was all human error, explaining a clerical mistake in the system listed the truck the Browns had rented on a separate active contract in another state. So, when the truck was spotted in the Clearwater parking lot, the other contract details are what the local team member saw. 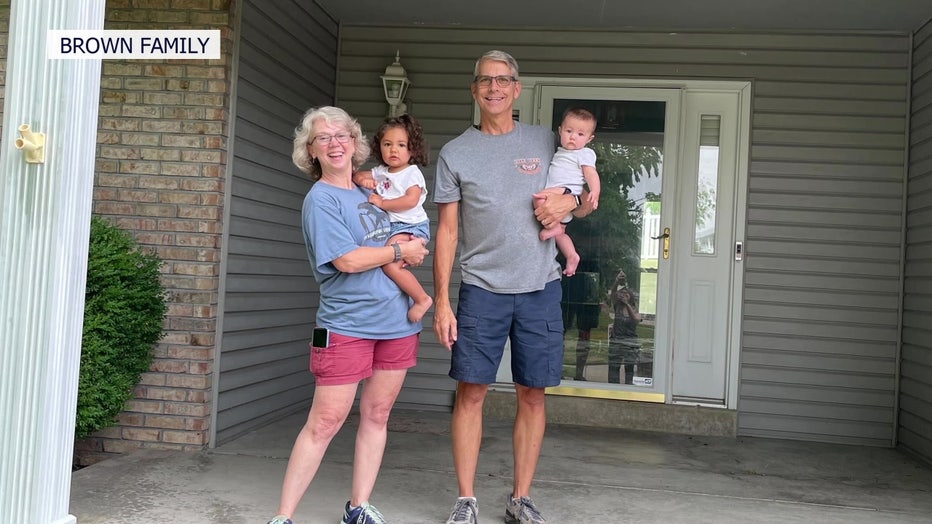 The Browns moved to Riverview from St. Louis. While they waited for their new home to be ready, they paid to park their U-Haul truck outside a Clearwater hotel. U-Haul later possessed the truck thinking it had been abandoned.

"Following media reports on Wednesday of an apparent moving truck theft in Clearwater, our local management team investigated. What we learned is that a truck rented by the Brown family, which was on a valid contract, was mistakenly identified as abandoned equipment and repossessed by our local team on Sept. 2. This was the result of human error stemming from a clerical mistake in our system that listed the same equipment number on a separate active contract in another state. The contract with the clerical mistake was referenced when the equipment was spotted in a Clearwater hotel lot, leading a local Team Member to believe it had been abandoned.

The Browns’ equipment and possessions were held at a U-Haul rental location for 10 days, from Sept. 2 to Sept. 12, while our team tried unsuccessfully to reach the customer on the contract. Unfortunately, our team was referencing the incorrect contract and attempting to contact the incorrect customer.

U-Haul management has been in contact with the Brown family. Our U-Haul Company of Clearwater president visited the family on Thursday morning to deliver several boxes of personal contents that were kept when their larger items were disposed.

Our Company intends to do right by the Brown family and make them whole for our mistake and the possessions they lost. This was an extremely rare and regrettable series of events for which we take full responsibility. We have offered our sincerest apologies to the Browns, and we thank them for their understanding."