The science behind Wordle

For the last 256 days, people around the world have been obsessed with picking the right five-letter mystery word of the day in the popular word-game Wordle.

You only get six chances to guess the right word, but don't worry, the game will give you some hints along the way.

It sounds simple, but it's become a true global phenomenon.

Whether you play the game or not, you may have wondered why our brains are attracted to these kinds of puzzles. FOX 13 spoke with neurologist Dr. Karl Kasischke, with AdventHealth Tampa, to find out.

"We are naturally curious," Dr. Kasischke said. "We like to prove ourselves,"

He says puzzles like Wordle motivate the mind and challenge natural human curiosity.

It is just the way we’re wired.

In the game, users are able to share and post their daily Wordle outcomes (with or without spoilers), winning streak stats, and the number of guesses it's taken to solve the puzzles. 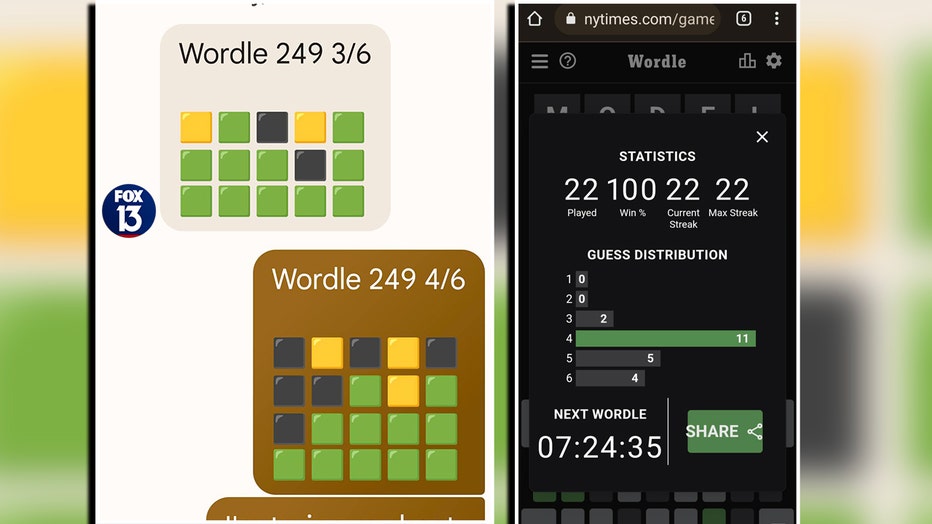 Social media feeds and text message threads have been flooded.

"I think the reason I really like it is because it really makes you think, but it is not too hard where you want to give up," said USF student and Wordle addict Nidhi Bangalore.

If you’ve never tried Wordle and want to give it a shot, it's free to play at https://www.nytimes.com/games/wordle/index.html.