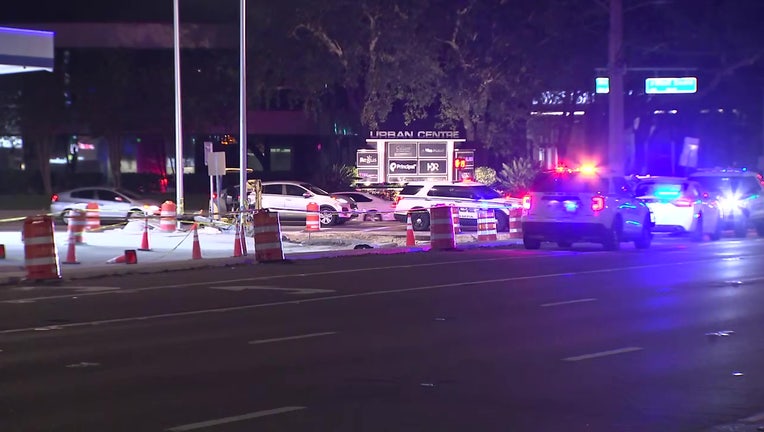 Scene at Kennedy Blvd./Westshore Blvd. where the intersection was shut down Oct. 26, 2022, following a deadly pedestrian crash.

TAMPA, Fla. - A woman was killed after she was struck by a vehicle at a busy Tampa intersection.

The crash occurred at Kennedy Boulevard and North Westshore Boulevard. Police said the pedestrian was struck around 4:45 a.m. The driver remained at the scene.

They are still investigating what led up to the deadly crash.

Eastbound lanes of Kennedy Blvd. at Westshore Blvd. were closed during the investigation but reopened before 8 a.m.

The pedestrian has not been publicly identified.