MINNEAPOLIS, Minn. - Footage of George Floyd’s death while in the custody of Minneapolis police thrust his case into the national spotlight.

Now, the Federal Bureau of Investigation is asking for more. As part of their civil rights investigation into Floyd’s death, officials created a website where people can submit “information, photos, or videos that could be relevant to the case.”

According to a joint statement from U.S. Attorney Erica MacDonald and FBI Agent Rainer Drolshagen, their investigation will probe whether the officers violated federal law. 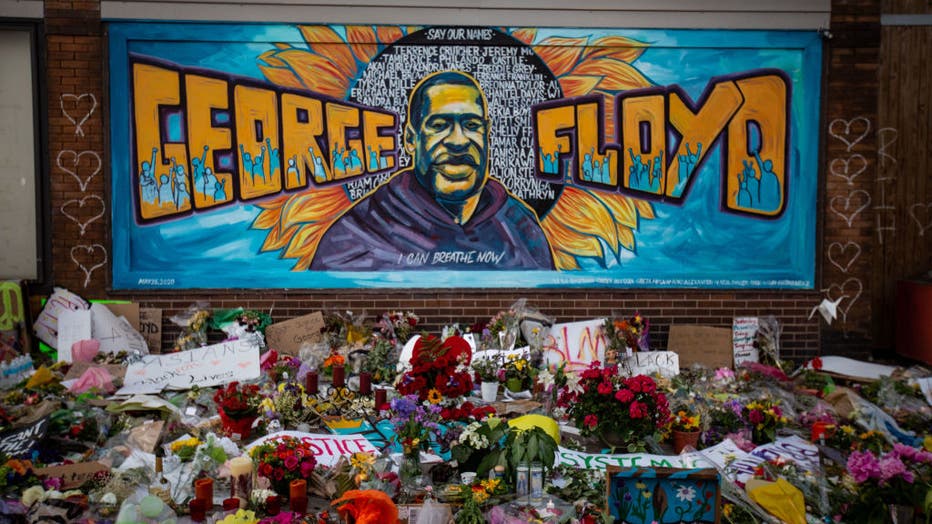 The makeshift memorial and mural outside Cup Foods where George Floyd was murdered by a Minneapolis police officer on Sunday, May 31, 2020 in Minneapolis , Minnesota. (Jason Armond / Los Angeles Times via Getty Images)

“If it is determined that there has been a violation of federal law, criminal charges will be sought,” the statement said.

Floyd died on May 25 as an officer knelt on the back of his neck for nearly 10 minutes. Video captured Floyd’s final moments in which he pleaded with the officers to let him breathe and cried out for his mother.

Three other officers watched without intervening.

Once the footage spread, organizers marched through the streets of Minneapolis and many other American cities, demanding action against all officers involved.

The four officers involved were quickly fired from the force, but an arrest in the case wouldn’t come until the end of the week.

Only Derek Chauvin, the officer seen kneeling on Floyd’s neck, faced charges. Not satisfied, demonstrators continued to call for the arrest of the other three officers who watched.

RELATED: What charges are former officer Derek Chauvin facing in the death of George Floyd?