VENICE, Fla. - A Venice man with a lengthy criminal record – an "animal," according to the sheriff – has been arrested for ambushing a motel housekeeper and beating her so badly that she later died.

According to the sheriff’s office, it was just after 10:30 a.m. Tuesday when deputies were called to the Rodeway Inn on South Tamiami Trail. A housekeeper there had been found beaten in one of the rooms; she was rushed to the hospital where she later passed away.

She was identified by her husband as Tina Strader, a mom of four and a grandmother to three.

At the motel, Strader remembers his wife for every kind act she carried out as housekeeping manager. 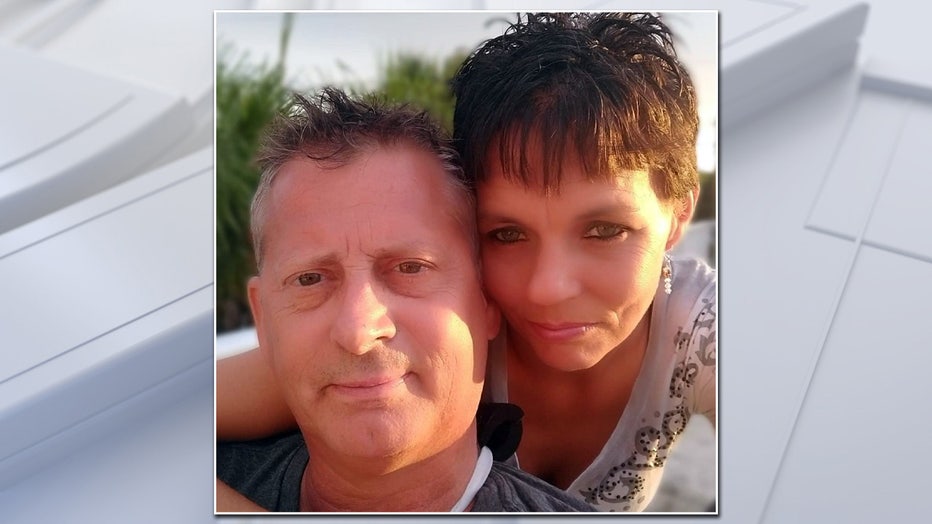 "She was the only reason that they stayed there and the little kind things she would do for them," he said.

On Tuesday morning, Strader said his wife went to work to fill in for employees who had called out.

"She should never have been in that room. We have a protocol, she has a hearing aid and doesn't hear that well," he explained.

Strader had a system to make sure his wife was safe. She'd text him and let him know as she moved from room to room. At 8:49 a.m. she responded, but then her texts went silent.

"I could see that she had not read my messages at all," he said.

Strader went to check on his wife and found her beaten and unconscious in the closet. He called 911 and dispatchers walked him through the process of performing CPR until deputies could arrive. 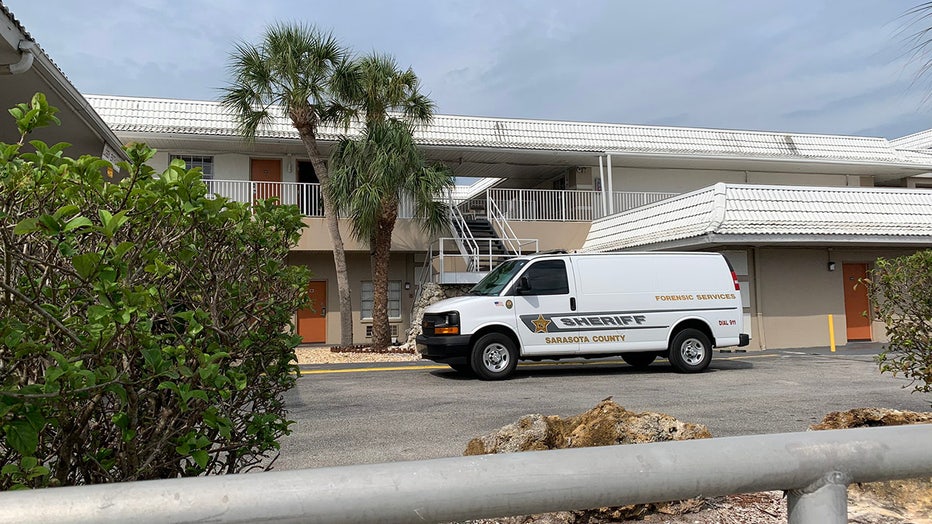 "As a husband, I cannot imagine what this victim's husband is going through right now," said Sheriff Kurt Hoffman. "As a spouse, it's your worst nightmare."

Just minutes after the first call, deputies responded to the intersection of Alligator Drive and S. Tamiami Trail where a man was acting "erratically." He was combative and appeared to be on drugs, so they took him into custody for medical observation.

Surveillance footage from the hotel later showed that same man – identified as Stephen Havrilka – entering the room where the housekeeper was working.

Detectives say Havrilka had been at the hotel for six days. A search of his room turned up evidence of the assault; his shirt and watch were later discovered in the woods nearby after he fled. 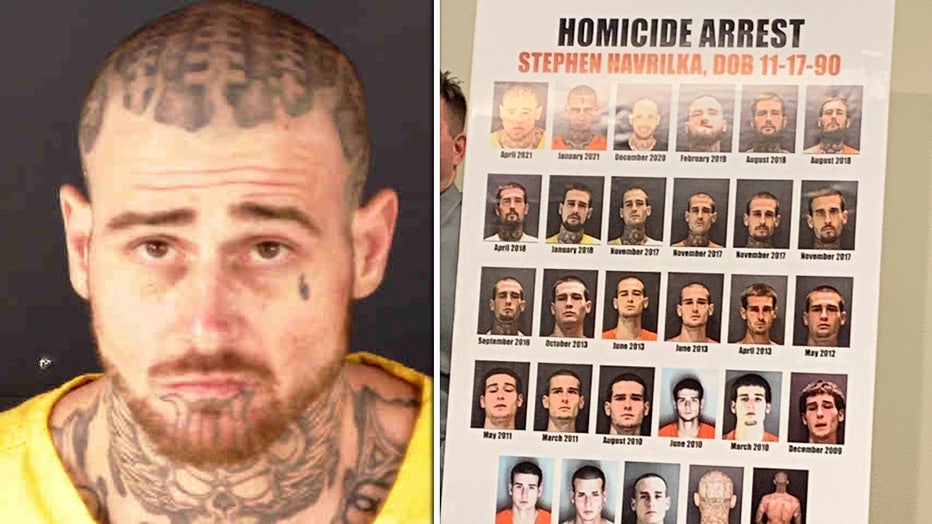 Investigators say Havrilka did not know the woman but was well-known to law enforcement. The 30-year-old is a convicted felon with 34 prior felony charges and 19 felony convictions, and he served time in prison on four separate occasions.

His prior crimes include everything from vehicle burglary to strangulation to battery of a person over 65.

Though the sheriff said Havrilka has tattoos depicting white supremacy and neo-Nazi alliances, investigators said they do not believe the attack was racially motivated.

"This is one of the most egregious recent crimes we have seen in Sarasota County," Sheriff Hoffman said. "My heart breaks for this woman’s husband and her family. By all accounts, she was doing her job when she was terrorized by this animal."

Havrilka remains behind bars in the Sarasota County Jail without bond.