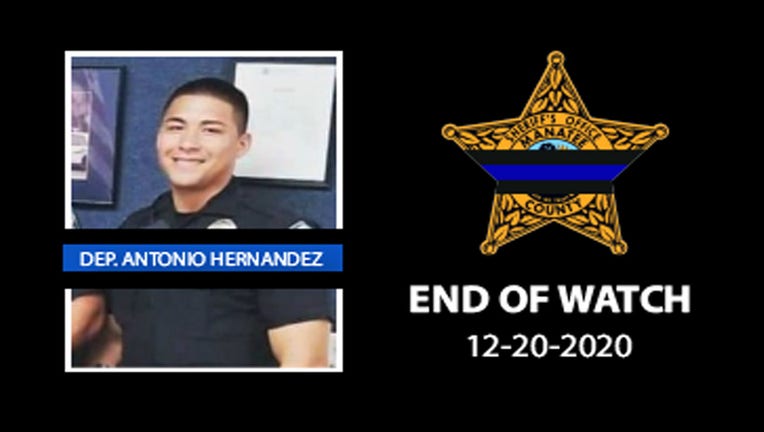 BRADENTON, Fla. - Manatee County Deputy Antonio Hernandez, 22, died Sunday morning in a traffic crash on I-75, while he was off-duty, according to the Manatee County Sheriff’s Office.

Troopers say after impact, Hernandez’s car was redirected into the grassy median where it crashed into a steel pole located on the median.

Hernandez, who troopers say was not wearing a seatbelt, was taken to Manatee Memorial Hospital where he died.