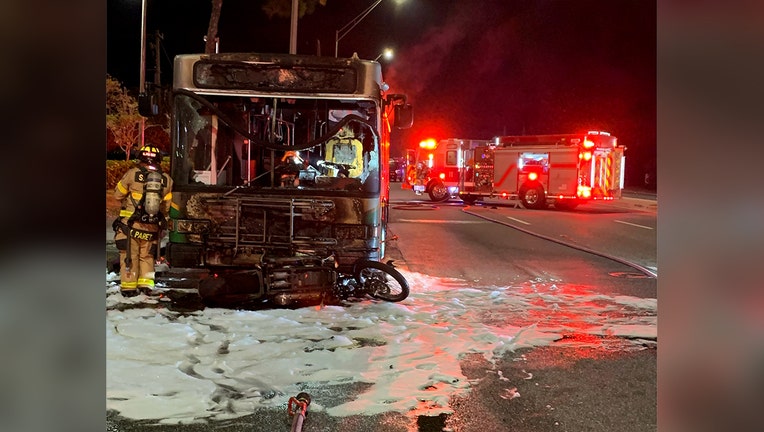 SARASOTA, Fla. - One person is dead after a crash between a Sarasota County Area Transit (SCAT) bus and a motorcycle Friday evening.

The Sarasota County Sheriff's Office said it was assisting the Florida Highway Patrol to investigate the fiery crash that happened in the area of Clark Road and Lawton Drive, in Sarasota, Friday night.

A photo released by the sheriff's office shows the burned-out front of the bus, with a motorcycle, apparently wedged underneath.

A foamy substance, presumably sprayed to put out the fire, covers the roadway beneath.

Deputies did not release information about who died in the crash.

The crash happened at 9 p.m. Deputies said westbound lanes of Clark Road would be shut down at McIntosh Road while they investigate. Motorists were asked to avoid the area and to seek alternate routes if traveling along Clark Road.