Every Friday morning, Captain Dylan Hubbard of Hubbard's Marina joins Good Day to fill viewers in on his fishing forecast as we head into the weekend. Here is his fishing report for July 2, 2021.

We had another great week with mostly gorgeous waterways. This current red tide event is extremely spotty with most pockets along the south side of Tampa Bay and outside at least my local area of operations from Fort De Soto to John’s Pass.

We are hoping it will continue on that way very spotty, not widespread, and eventually break up and move away from the area! That is the hope at least, and we will see what happens.

The snook fishing has been incredible this week with lots of weather and lots of rain. We have seen these guys feeding along the beaches, in the passes, around the docks, bridges, piers, and of course up to the bays and rivers too. Virtually, throughout the entire area, the snook are very active and feeding well. 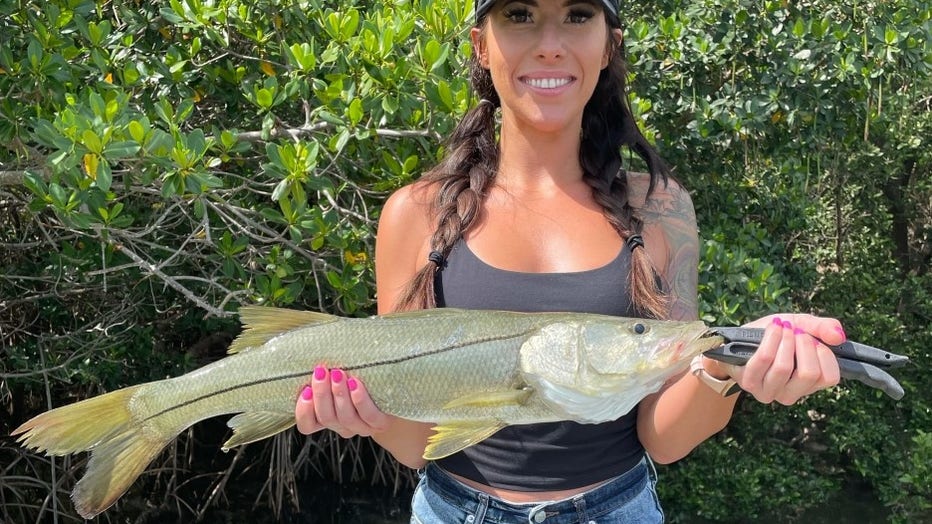 Yesterday we must have had around 400+ snook hanging under our dock and along the sand buildup behind our office during the outgoing tide mid-morning. We had tons of freshwater pouring out of the pass, making the water extremely brown and tannic looking like a creek or river, but that seemed to have the snook even more pumped. With the decrease in salinity levels, it seems to have them concentrated more in the pass, devouring the passing bait with the increased outbound tidal flows.

This rain has really shaken up our local ecosystem and influx a bunch of freshwater into the system which I am hopeful will help ‘flush out’ and clean up any potential remnants of that red tide that was extremely background level in our area recently.

The snook are feeding mostly at night, like normally around the docks and bridge lights and through the early morning hours. However, during the day, the bite on the beaches has been hot and also around the jetties and piers along the beaches too. Live shrimp, whitebait, grunts, and even a variety of artificial lures have all been working well to produce snook action. The flats have seen active snook too, but many of the biggest fish are moving into the passes and onto the beaches gearing up for their near shore summertime spawn.

Redfish action has been steady this past week as well. They are biting best on the higher tides around the flats, mangrove shorelines, and oyster bars. However, we have been seeing them pretty steadily around the docks adjacent and inside the passes too. Look for them actively feeding around the schools of mullet on the flats too. Mullet forage through the grass and silty debris which spook the baits like crabs, shrimp, and pinfish out from their hiding spots just in time to be garbled up by the redfish hanging behind the school of mullet. 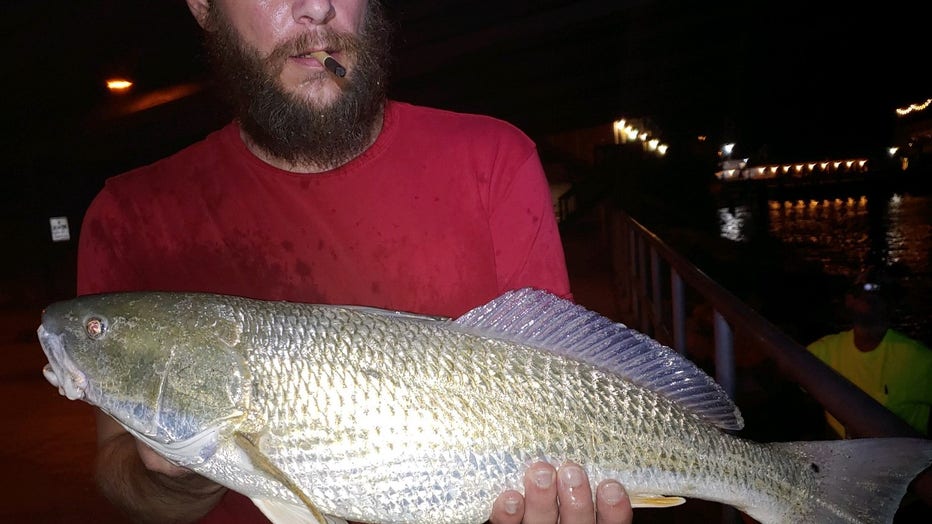 Sheepshead are around right now. This past week, we have seen them spread out more with all the rain. They are now back to the docks, piers, and bridges like they are during the winter. However, still not biting quite as well and still not as prolific with warmer water and more of them spread out due to the weather. The same tackle approaches are working well though with lighter tackle and small pieces of shrimp or clams or even live fiddlers working best.

Mangrove snapper are thick around virtually any structure right now from docks, to seawalls, to bridges and everything in between. If it can hold some growth and attract bait or crustaceans, you will find some hungry mangrove snapper. Deeper waters with moving currents tend to hold more active and larger fish in bigger concentrations. However, you can find nice concentrations of these aggressive fish virtually anywhere you can target with some chum and light tackle. 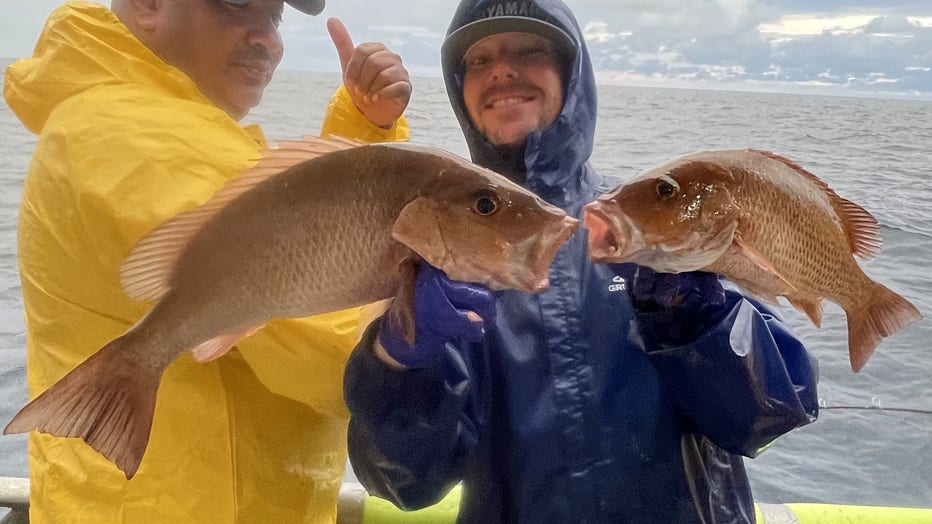 Trout bite has been steady this past week with the same trends holding true again. We are finding most of these fish around the deeper flats and look for the most concentrated around the cuts, pockets, potholes, and deeper ledges of the flats. Using a popping cork and some live shrimp or live greenbacks have been great over those deeper grass flats.

Flounder action has been decent around the area this past week as well. They are mostly found hanging on the sandy bottom adjacent to structures that attract bait so they can lay in wait and attack passing baits that venture too close to the bottom.

Mackerel are around the area still, but the numbers have declined as the water continues to warm up. We are seeing them most frequently around those fishing piers, jetties, and passes in the earlier morning period when the water hasn’t been stirred up and the boat and people traffic are at the lowest.

Tarpon are still around the local bridges but numbers have suffered as they push into the wind. The west winds and southwest winds have pulled many of our local tarpon out of the bays and out of the passes to head to the next stop on their spawning migration. However, we always have a decent number of ‘resident’ tarpon that will not leave our area. Plus, we have quite a few of these migrating fish in the area still especially the juveniles.

We are seeing some stellar near shore and offshore fishing right now. Keep in mind if the red tide was around, it typically will not affect our deeper water fisheries. Mostly it would take a toll on our ability to catch our live bait for the offshore trips and the inshore fishing inside the bays. However, luckily, it has not been too bad this time of year.

Hogfish bite has been tough near shore as of late, but there’s still a few around. We are mostly seeing them on our 5 and 10-hours when fishing around 30-60 feet of water. 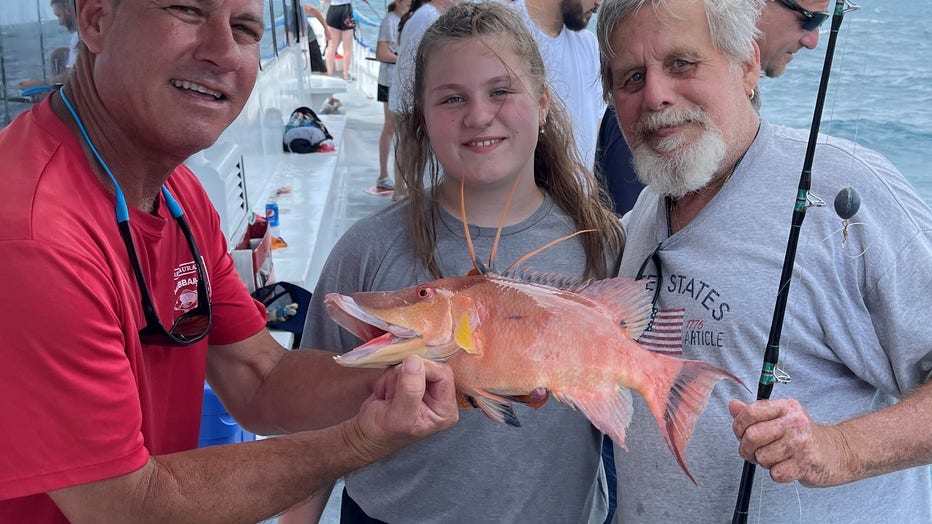 They are very few and far between since they seem very spread out and harder to find in good concentrations over those hard bottom areas we primarily target.

The red grouper fishing near shore has been tougher with the full moon and the weather. However, we did find a stellar bite of red grouper today around one hundred feet of water, essentially the near shore fishing border. Most of the largest red grouper, gag grouper, and others have been caught using dead bait and the red grouper love the octopus tentacles to be used for bait. 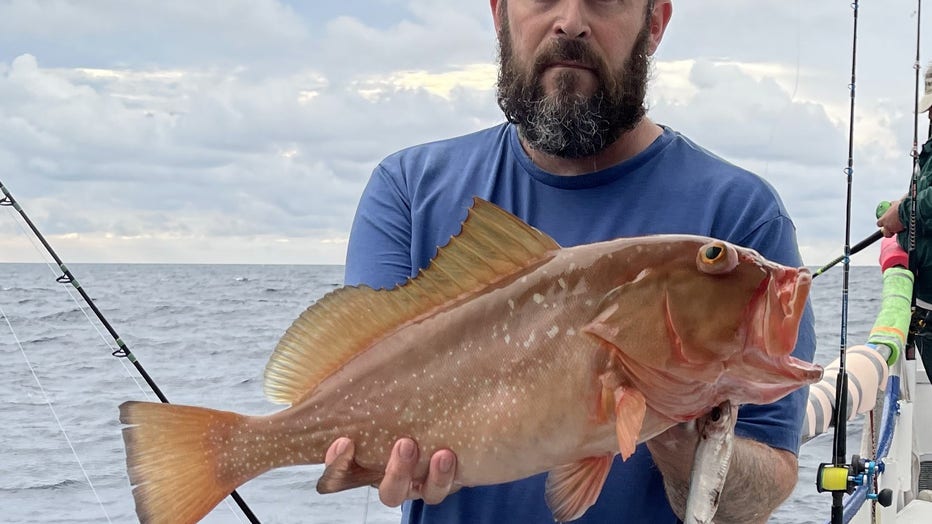 Also, the deeper we go, the more prolific and aggressive the gag grouper seem to get, and the more we see those truly large red grouper. Right around 140-200 feet of water is where we are focused currently due to red snapper season being open.

Red snapper continue to bite well for us, but we have had some tougher trips this past week mostly due to weather. When it’s not windy and rough, we have had very strong currents making things difficult. 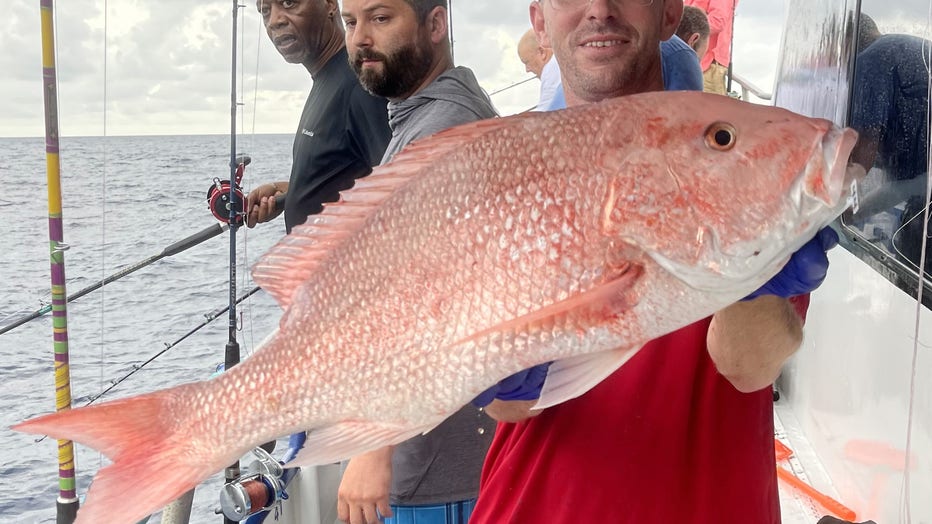 Also, we have been able to see a mixture of the three which is always fun as well. We are seeing most of the red snapper coming up on big dead baits like the bonita strips or whole squid or octopus. You can start to see these red snapper around 120 feet of water but the deeper we go, the better the fishing as been. I would suggest starting around 140 feet of water and moving deeper as needed.