FWC extends closure for snook, redfish, and trout, but only in some areas

Captain Dylan Hubbard explains what the change means for the Bay Area.

FWC's commissioners' meeting occurred the past two days and they have voted to adjust the closure area for snook, redfish, and trout now so that virtually our entire area can start to keep them again once normal seasons re-open! However, this does not happen until June 1 and then normal regulations apply so the snook will not be open then until their fall opening.

The closure will remain in effect south of State Road 64 in Manatee county to Gordon Pass in Collier County until end of May 2022. For more information on this change, check out this link: https://myfwc.com/news/all-news/snook-redfish-comm-421/

Snook action has continued to heat up with the weather. These guys continue to push back into the passes and a few onto the beaches as they gear up for their summertime pattern of choking the passes and beaches to move near shore to spawn. At night, they are always most active around those bridge lights and dock lights especially when the water is moving. Incoming tide seems to be a favorite of many local fisherman, but the key is moving water. That is when the bait is moving in the area and the fish are staged up and most actively feeding. Especially around those solunar major and minor tidal times.

There is still plenty of fish moving around the grass flats in the bay and along those mangrove shore lines too, and this is a great area to target them during the day. Soft plastics, crank baits and swim baits all popular artificial lure choices for snook but the soft plastic paddle tail in white seems to be the dominate favorite. Early morning hours you can use those surface plugs and poppers or around dusk too, low light conditions around 1-4 feet of water is where those top waters are best.

The beaches are starting to see the snook cruising by, but it is still fairly early to see big concentrations of these fish along the beaches, but it is coming soon.

Redfish action has been great this past week. Especially around those mangrove shorelines on incoming tides as the water starts to fill the mangroves. This brings foraging predatory redfish cruising the mangrove lines looking for shrimp, crabs and smaller bait fish like pinfish and white bait. However, we have seen them around local grass flats, oyster bars, and even local dock lines still holding actively feeding redfish. At night around those dock lights and bridge lights we have seen them feeding well towards the bottom too.

Soft plastics are the favorite for redfish predominately especially those paddle tail lures. However, live shrimp, smaller pinfish and white bait are all great options and even cut white bait like threadfins or pinfish are good for the redfish too. Look for those big schools of mullet and often the redfish will be in and around the edges of those schools as the mullet forage it kicks up plenty of prey for the redfish too. 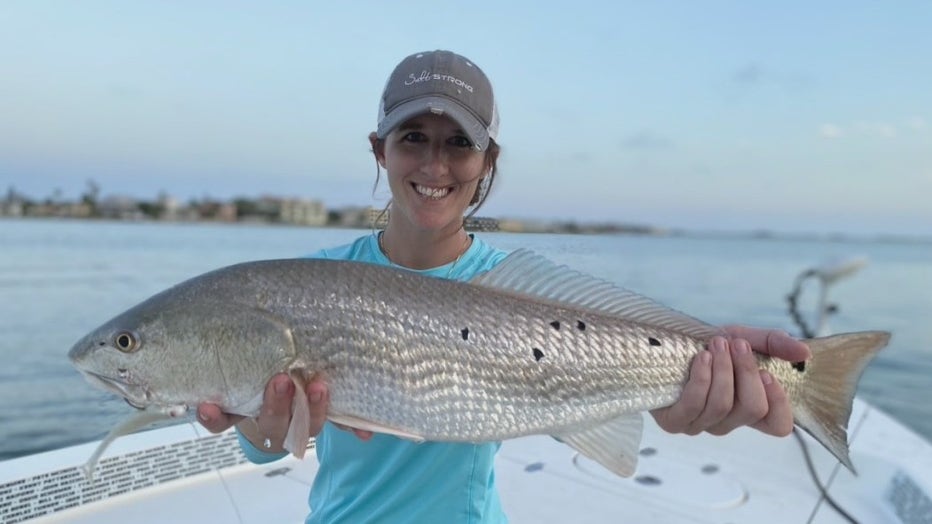 Trout action has remained steady but has overall slowed a bit compared to the cooler months. We are still seeing plenty of trout around the dock lights and bridge lights at night feeding up on the surface. During the day look for them around those jetties, grass flats, dock lines and any cut, pocket, or edges around the flats. They love that love shrimp or green back on lighter tackle and the artificial shrimp or soft plastic lures.

Mangrove snapper action has also continued to raise with the temperatures. We are seeing these guys all over the local docks, bridges, piers, jetties and virtually most any structure of the area that will attract bait. They love to feed aggressively on smaller pieces of shrimp or greenbacks. Easy way to get them is to chum a bit right before the tide starts to move and then get them while you can before the tide starts really getting it and making it tougher to feel the bite.

Mackerel are still around the local fishing piers, bridges, and edges of the deeper flats but they have thinned out a bit. They will hang around all summer typically but be in much less concentrated numbers compared to the spring and fall peak times.

Pompano bite still fairly steady along the beaches and through our sandy passes. Look for them on those clearer water incoming tides foraging the bottom for crustaceans like shrimp, sand fleas and small crabs.

Tarpon are showing up more and more and will only get more prolific as we approach June when the real peak time kicks in. These guys are looking for flushing crabs, finger or silver mullet, ladyfish and even big threadfins being pushed out of the bay and passes on outgoing tides. They will often ride that early morning outgoing out of the passes and cruise the beaches in the morning before returning to the bays again for the afternoon and first part of the night before repeating those movements again. 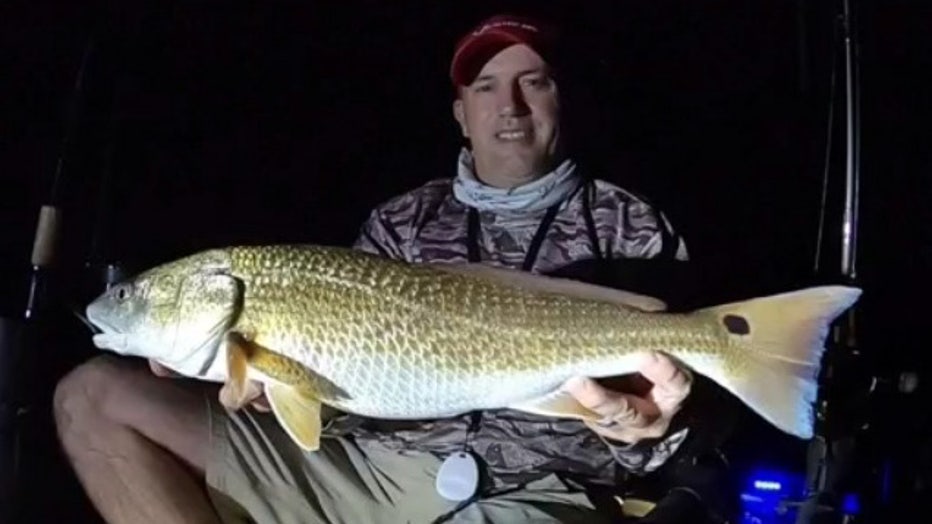 Hogfish action remains slower overall, but we are still picking a few here and there on those near-shore trips fishing around 40-80ft of water. We still have that green slime or grass issue to an extent near shore, so we are still fishing a little deeper on our shorter trips just to get past that and it seems to help give us a better chance at the occasional hogfish. Lighter tackle and shrimp remain key for chance at these great eating unique looking fish.

Lane snapper action has been awesome and continues to impress near shore and even into the offshore waters. We are seeing them mostly around 80-110ft of water but as shallow as around 50ft up to around 140ft we can find them. They love the squid chunks or strips, but live shrimp is a favorite for them and the deeper we go the more we use those threadfin chunks or plugs with great success for many snapper species including the lane snapper.

Mangrove snapper action has been decent near shore but much better offshore. Near shore or inside 100ft of water, we are seeing them mostly on the live shrimp and threadfin chunks and sometimes the big boys will take a smaller pinfish. They love the threadfin chunks though and my favorite method remains that double snell rig and around 70-100ft of water where we are really targeting on our ten hour all days right now, we have done well using threadfin plugs, 30-40lb leader and around 3-4ot hooks for those mangroves.

Keep in mind, when using the double snell rigs you can control the spacing between hooks and when using smaller chunks of threadfin closer to shore I keep my spacing awfully close. While moving offshore and using more like 40lb leader and around 5-6ot hooks I will put up to a half to three quarter inch space between the eye of my first or bottom hook and the apex of the second or top hook of the double snell rig. Offshore, we are seeing the mangroves biting well around 120-160ft of water. Mostly at night, but those overcast days seem to produce the mangrove bite well even through the daytime period as well.

Vermillion snapper have been cooperating well too, and lately while fishing deep offshore, we have seen some monster vermillions. They will continue through the summer as we will remain fishing deeper for those red snapper and gag grouper in June and July.

Triggerfish season should remain open through the month of May, so we are still seeing some of these big boys out there beyond 120-140ft of water. We will often see them inside 100ft in the near shore waters but catching a fifteen-inch fork length keeper in that shallow has been difficult as that is a very larger triggerfish. These guys are tough to fillet but incredible eating.

Amberjack season is also open for the month of May. We have been targeting them here and there where possible, but they have been incredibly tricky to get dialed into in good concentrations. Most of the time when we do find them most of the size is just below keeper size. We have had a handful of keeper jacks, but the overall fishery seems very depleted. The fisheries scientists would agree as well with the most recent stock assessment on jacks showing the fishery is overfished and undergoing overfishing even after multiple rebuilding plans fisheries managers are still struggling to come up with a successful management structure to address this declining stock status. I feel we will need to leave them be for a while to get this fishery back to historic levels. Much like red snapper extremely reduced or simply no harvest until we see the fishery start to bounce back.

Pelagic action has been picky overall, but still seeing those kingfish and mackerel near shore but numbers are starting to thin a bit. Offshore the blackfin tuna bite has been great we are seeing them most often beyond around 120ft but a few as shallow as 80-100ft have been caught. We are still seeing those big kingfish out deeper beyond 100ft of water too.