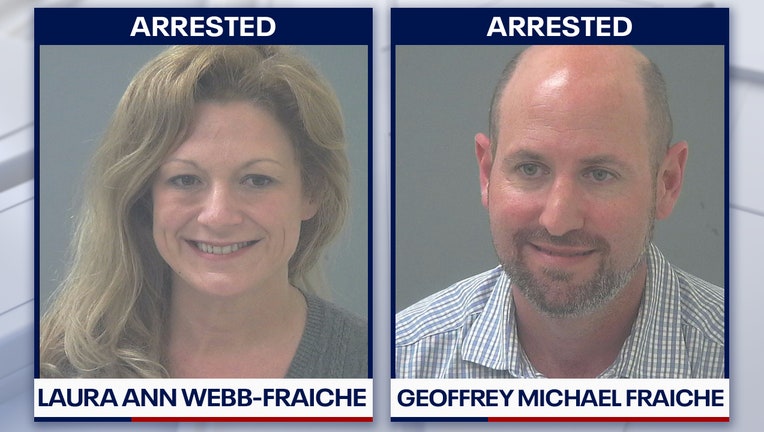 Geoffrey Michael Fraiche, 41, and Laura Ann Webb-Fraiche, 38, allegedly took the flag on April 7 while their two children were with them, news outlets reported. A Santa Rosa County Sheriff’s report said they used a ladder to pull it down.

Both Fraiche and Webb-Fraiche are gynecologists working in different Pensacola hospitals, WKRG-TV reported. They were charged with several crimes, including trespassing and larceny, and released from the county jail. The news outlets did not include any comments from the couple.

The district’s Republican Rep. Matt Gaetz tweeted Tuesday that their actions showed “despicable parenting.” He included a version of a surveillance video with captions added that said their older child asked them to stop. “Apparently two medical degrees lack the decency & common sense of a child,” Gaetz added.