WEST PALM BEACH, Fla. - These firefighters saved the day in more ways than one.

Palm Beach County Fire Rescue responded to a report of a fire at a hair salon in South Florida on Friday.

The building had to be evacuated after a dryer caught fire, setting off the fire alarm and sprinkler system. 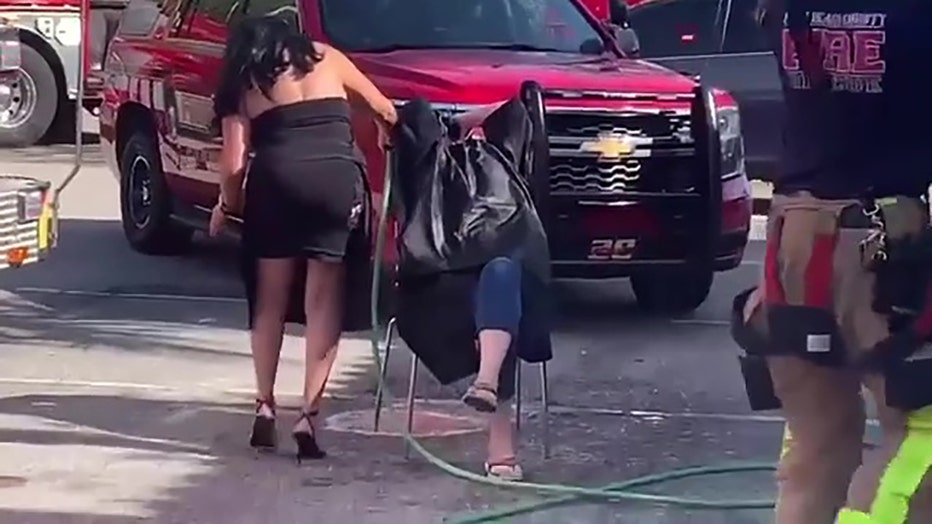 But for one client in the hair salon, time was of the essence, firefighters said.

"She had chemicals in her hair that had to be washed out on time," the fire department wrote.

RELATED: Florida woman says she will pay off her mother's house after winning $1M from lotto scratch-off

Once firefighters determined that the situation was under control, they ran a hose from the water in their fire engine to make sure the hairstylist could properly rinse her client's hair. 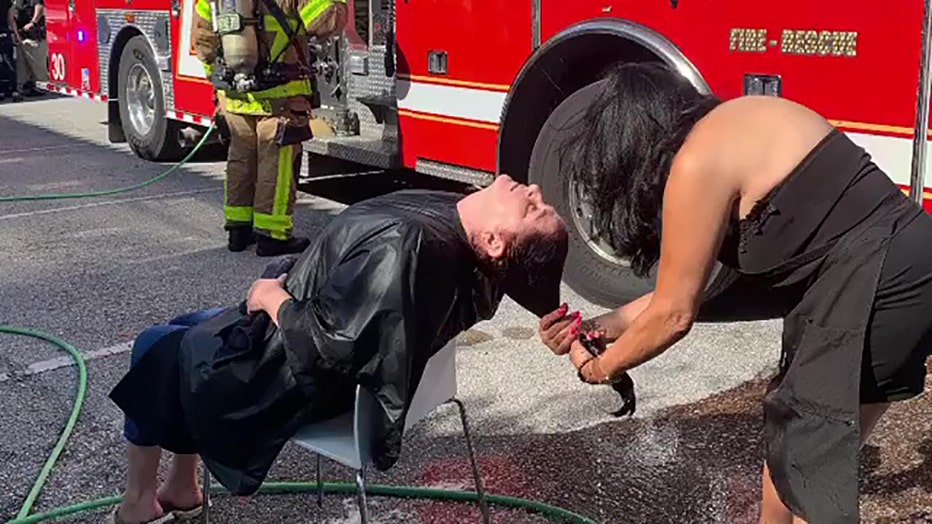 "This is a first! What you have to do when the building catches on fire and clients have color in their hair," one woman from the salon can be heard saying in the video on the agency's Facebook page. "Thank you, Palm Beach County Fire Department!"

Firefighters said the building's sprinkler system put out the dryer fire, and no one was injured.