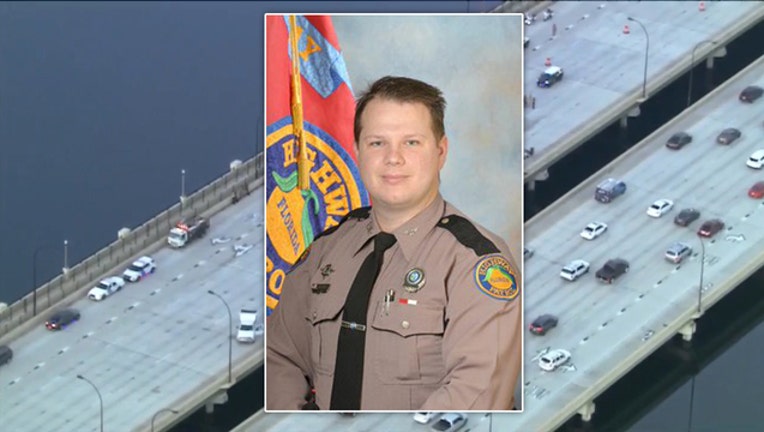 The Friday morning crash occurred in the eastbound lanes of State Road 408 near the Conway Road exit. Police said the crash involved a patrol car and a utility vehicle.

The view from SkyFOX showed the FHP vehicle was beneath the utility truck. FHP said Trooper Tracy Vickers passed away following the traffic accident. He was also a Navy veteran.

While the events leading up to the deadly crash remain under investigation, troopers told FOX 35 that the patrol car was heading east around 5:50 a.m. when the vehicle "struck a truck carrying construction equipment."

The Department of Florida Highway Safety and Motor Vehicle released the following statement:

"The entire FLHSMV family and his FHP brothers and sisters are heartbroken today as we mourn the loss of Trooper Tracy Vickers. Trooper Vickers was a leader within the patrol and his troop and served as a Field Training Officer, training and mentoring new troopers. He served central Florida and the state just over 4 years, selflessly protecting Florida's citizens and visitors. Please keep his family in your prayers."

His first duty as trooper was serving Lake County, and was later assigned to the troop that serves Orange County.