TAMPA, Fla. - This week, the US Census Bureau named Florida the fastest-growing state in the country. The population here grew 1.9% from 2021 to 2022.

It's the first time the state has led in growth since 1957.

Dennis Prescott, who works in the tech-sector, moved to Tampa with his golden retriever Walter in early 2020.

RELATED: Florida named the fastest-growing state in the country by U.S. Census Bureau

"It seems to have exceeded expectations after moving down, especially the Channelside area it’s been growing so much," Prescott said.

Florida was found to have grown from about 21.8 million to 22.2 million people this year.

For Brandon Yarnes, moving from Western New York to Tampa just two weeks ago was about business and sunshine. 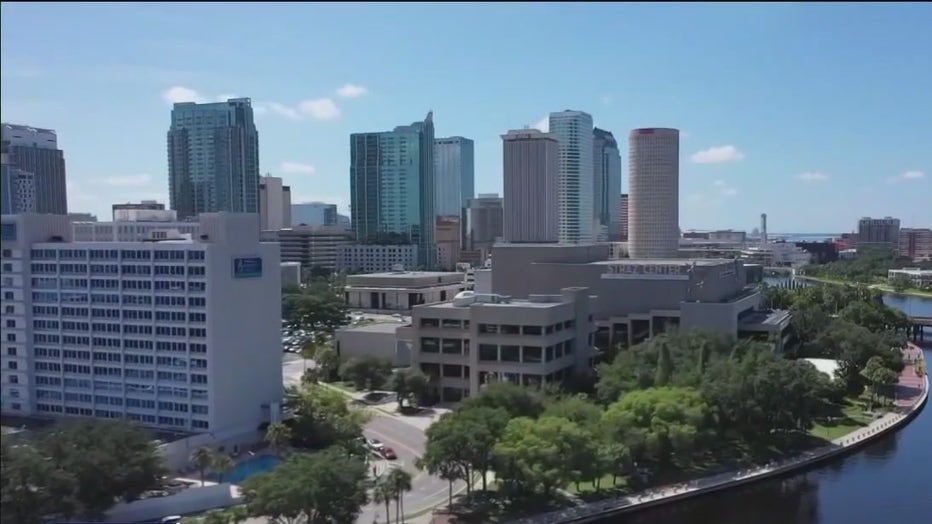 "Honestly, I should've moved down here five years ago because of the weather, sitting at the pool in the middle of December you can’t beat it," he said.

Others said it was Florida’s political climate and Governor Ron DeSantis that attracted them to the state.

"I love the conservative part of it," said Blake Passamaneck, who moved to Tampa in August.

All that growth does have a downside. It has put a crunch on the state’s housing and rent prices. An average apartment in Tampa is going for about $2,300 right now – a 40% increase over the last five years.

Still, that isn’t stopping folks like Elizabeth Markham, a nurse from Boston who moved to the state last summer.

"Honestly, winter and COVID in Boston was horrible," she said.  "Everyone’s always like ‘why would you move to Florida?’ and now everyone’s like ‘when I can come visit you,’" Markham said.