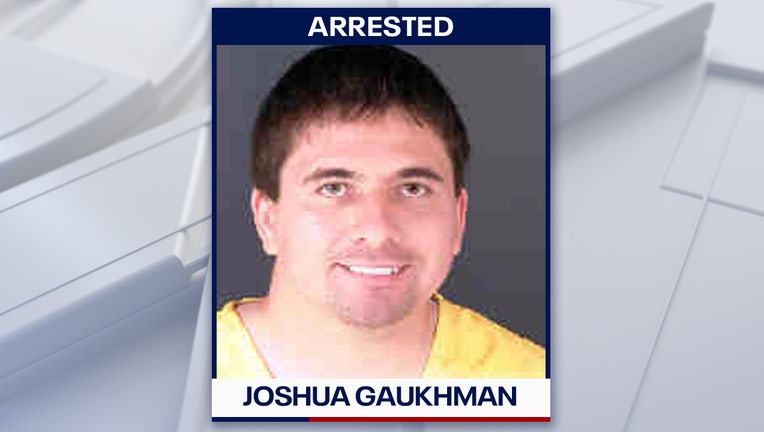 SARASOTA, Fla. - A Florida man who allegedly was caught racing up to 100 mph through a crash site told police during his arrest that he had "business" to take care of at a Ritz-Carlton hotel, a report says.

Joshua Gaukhman, a 24-year-old from Nokomis, is now staying at a place less glamorous ‒ the Sarasota County Jail ‒ as he faces six counts of aggravated assault on officer/firefighter/EMT and other drug-related charges.

"I have business to do," Gaukhman was quoted as telling officers late Sunday during his arrest in Sarasota, according to the Venice Gondolier Sun newspaper, citing a probable cause affidavit. The document added that Gaukhman, who was only wearing "an undershirt, boxer-briefs and one sock", said he had left his home to go to a Ritz-Carlton hotel.

Police reportedly said they were at the scene of a "serious crash" that had knocked down a power line when they noticed a car with the vanity plate "THEBMW" racing around "a barricade of cones and marked patrol vehicle with lights activated."

"The vehicle accelerated to an estimated 95-100 miles per hour in a posted 45 mile per hour zone," the affidavit said, according to the Gondolier Sun.

Officers who then pulled over Gaukhman found a baggie of cocaine inside his car in plain view, the document alleged.

"The defendant would continually grunt and make sexually suggestive noises at me while I was speaking with him," the police affidavit reportedly added.

Gaukhman previously was arrested for reckless driving in 2014, the Gondolier Sun reported.

He is being held on a $5,000 bond for each aggravated assault charge and lesser amounts for the others.