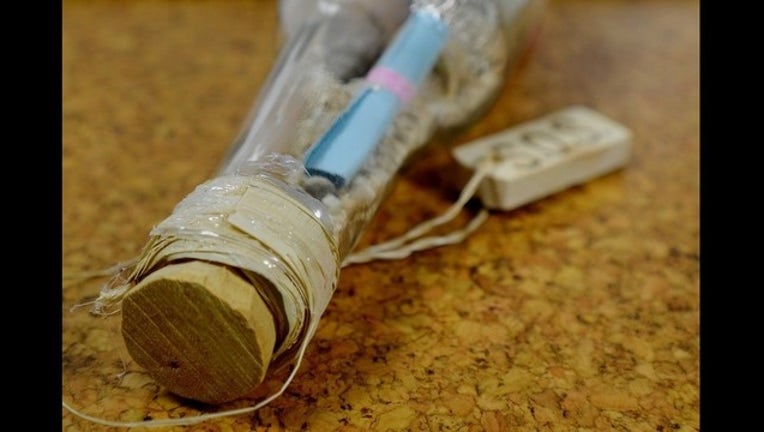 PENSACOLA, Fla. (AP) - It took about 34 years, but a sailor finally got a response to a message he stuffed into a plastic bottle and tossed into the Atlantic Ocean.

Then 19-year-old Ron Herbst was a petty officer in the Navy aboard the USS Coral Sea. His message included the ship's coordinates, his name, the date and his address. Less than a year later, a couple found the bottle while vacationing in the Florida Keys.

But Gordon and Cindy Brevik didn't try to contact Herbst. Instead, they hung on to the bottle.

Late last year, they noticed the bottle while moving and contacted Herbst in Pensacola through Facebook. He was stunned and tells The Pensacola News Journal (http://on.pnj.com/2jGQ8N4 ) that he now plans to donate the bottle to Pensacola's Naval Aviation Museum.