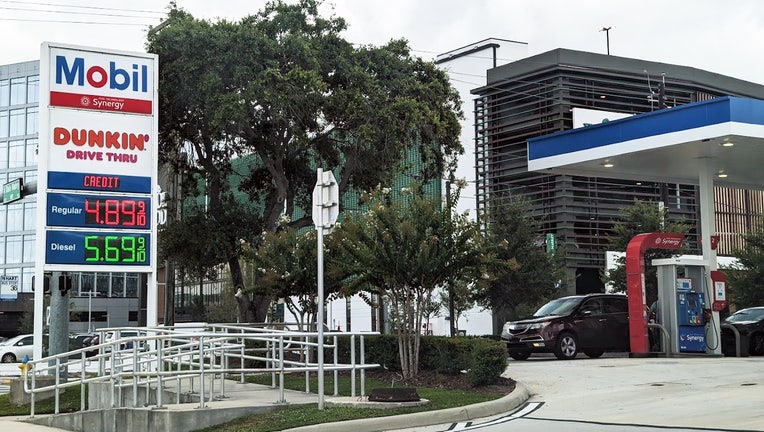 TAMPA, Fla. - After weeks of seeing gas prices consistently rising, Florida drivers may soon see some relief at the pump as prices across the state have started to decline, AAA says.

The average price for a gallon of gas in Florida was $4.82 on Sunday, a decrease of 7 cents last week after reaching an all-time high of $4.89 per gallon.

The decline comes after the U.S. price of oil dropped 9% last week, according to AAA.

Nationally, the average price has also fallen back below $5 per gallon. But Jenkins cautioned that the fuel market's instability means the situation could change rapidly.

"If this downward trend holds, gas price drops could accelerate, moving the [Florida] state average back around $4.50 per gallon," Jenkins said. "It's looking less likely that the state average will surpass $5 a gallon, but the driving season is young."