ST. PETERSBURG, Fla. - They've sacrificed so much for our country, and Wednesday night was their night in the spotlight. The FOX Nation Patriot Awards was held at St. Petersburg's Mahaffey Theater, honoring veterans, first responders, and everyday people who make a difference in their communities.

The Patriot Awards show wasn't about celebrities or movie stars, and it wasn't about who wore the most expensive designer dress. It was about thanking our country's best and bravest, including one of the Tampa Bay area's own police officers.

"I've been to tons of awards shows in the music industry, and they're fun. But this one's got a lot more soul to it," said country singer John Rich. "Tonight we are going to recognize everyday Americans that have done incredible things for our country."

The red carpet outside Mahaffey Theater wasn't just red. It was red, white and blue. The grassroots atmosphere was a departure from the glitz and glamour of Hollywood and a nod to hard-working, everyday citizens. 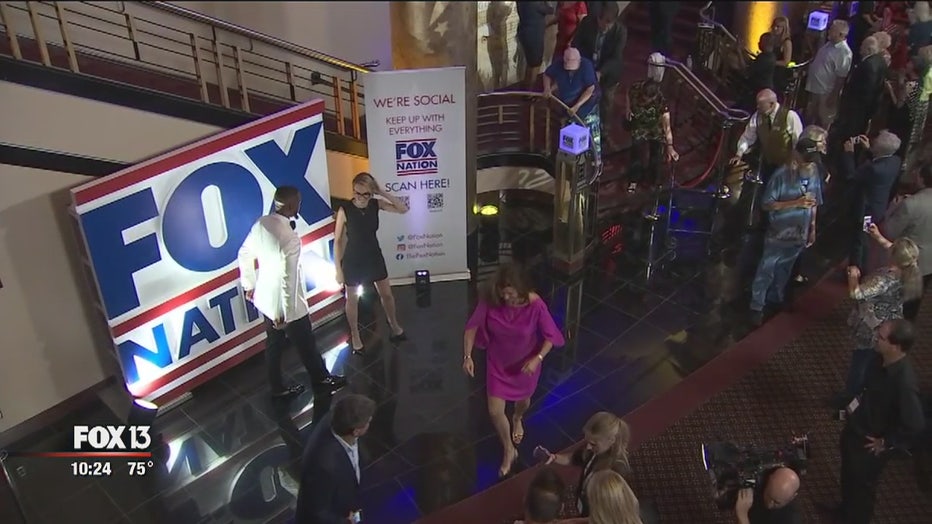 The red, white, and blue carpet at the Fox Nation Patriot Awards

"We are honoring patriots from around the country, whether they were members of the military, whether they are first responders, or just people that are doing good in communities," said Abby Hornacek of FOX Nation.

Winners were chosen from all around the country -- and our own backyard. Tampa Police Lieutenant Travis Maus was one of them, earning the First Responders Award. He's a U.S. Army pilot on a one-year deployment in Iraq. His wife and three daughters accepted on his behalf, along with Tampa Police Department Chief Brian Dugan. 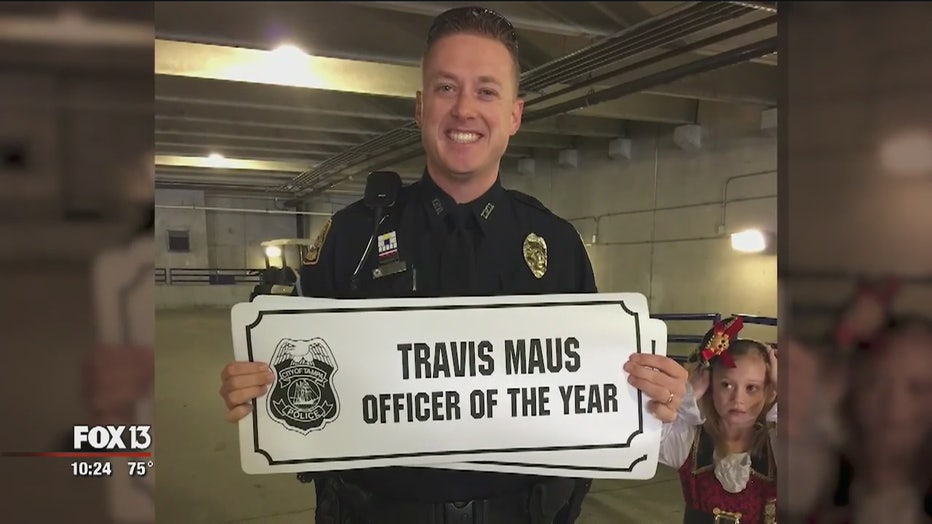 "He is just so humbled by the situation and he feels like maybe this represents all the first responders who are also serving in the military. I think it's a character trait sometimes to be able to do both," his wife, Jessica Maus, said. "Everyone has an opportunity to do it in a different way so I love that they've taken on so many different angles onto what it means to be patriotic and that we can serve our country in different ways."

"I'm so proud that we have people like this in our country, but to have someone who is one of us from the Tampa Police Department just means so much," Chief Brian Dugan said. "When I stand here with Jessica and I look at the three girls, that's a tremendous sacrifice. I mean, she's here doing this all alone while he's out there fighting for our country." 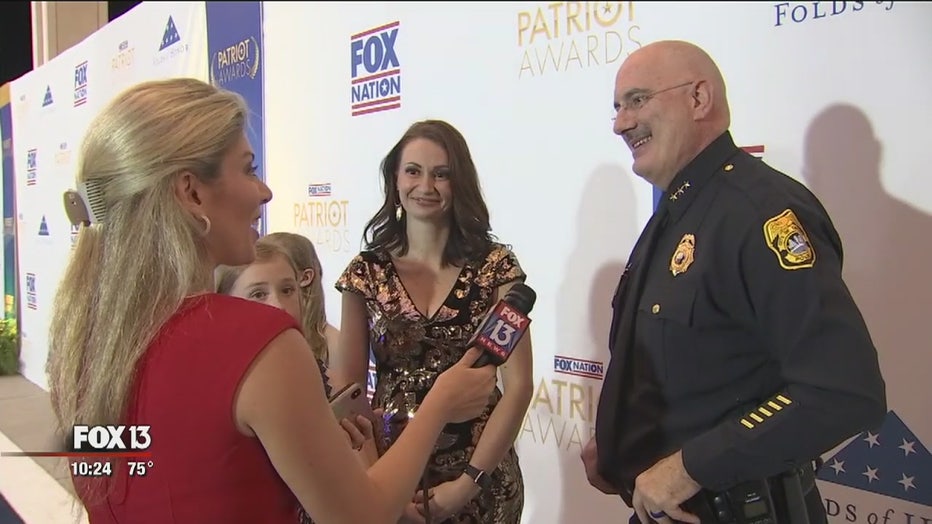 Another award winner was 14-year-old Charlie Hecht, who took home the Unsung Hero Award. He noticed his Virginia neighborhood was lacking American flags so he partnered with Lowe's, which offered 20% off flags for those who wanted to add one to their home.

Hecht went door-to-door, talking to neighbors and dropping off fliers. Before he knew it, the Stars and Stripes was waving just about everywhere he looked.

His next project is to convince commercial movie theaters to play the National Anthem before each film.

On the red, white and blue carpet at Fox Nation's Patriot Awards

It’s not meant to be the glitz and glamour of Hollywood, but to honor those who work hard every day to improve communities across the country.

There were lots of familiar faces from FOX News in the crowd along with appearances by Duane "Dog the Bounty Hunter" Chapman, Diamond and Silk, and a rendition of "God Bless America" by John Rich.

"I think that's what this is about, is putting the military back in the forefront of why we should respect them, why we should embrace them; doesn't matter your politics," said Robert Demoss from St. Pete Beach.

In its first year, the Patriot Awards sold out. True to its mission, all proceeds will go to Folds of Honor, which provides scholarships to spouses and children of fallen and disabled service members. 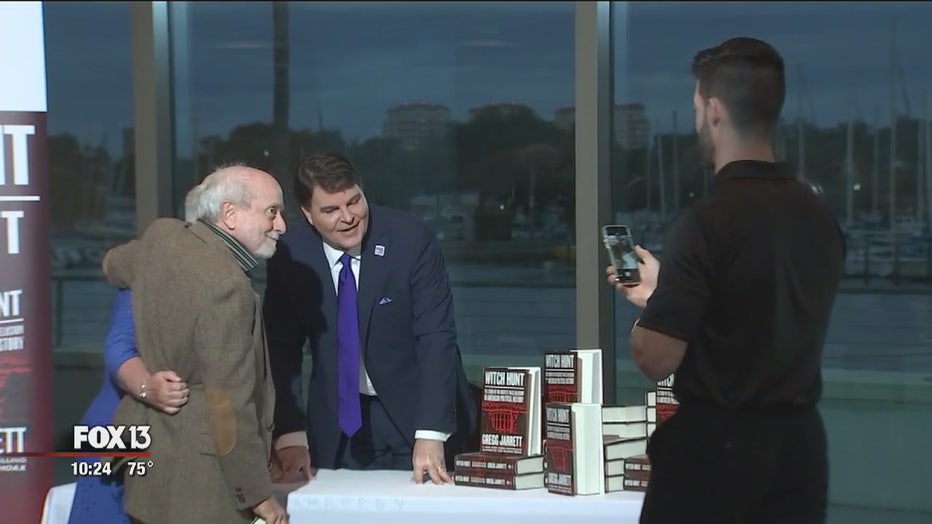 "I want people to walk away motivated that they can do it. They can do more to make sure that America continues to be great and remain the freest, strongest, most prosperous country," said Fox & Friends weekend co-anchor and the night's emcee, Pete Hegseth.

Hegseth, himself, is an Iraq and Afghanistan Army vet.

"America is an amazing place full of patriots who are still willing to fight for her," he added.

If you didn't make it out to the show, you'll get a chance to see a program dedicated to the Patriot Awards November 24 at 10 p.m. E.T. on FOX News Channel.