"I’ve never seen him without his son.  If the son is around, he’s on the shoulder or just having an eye on his son," said Purackal's friend, Sindhu Nadarajan. "He was a very, very responsible father and a very loving husband."

It makes what happened Friday night all the more strange. Somehow the 37-year-old father and his young son wound up in the water near the Apollo Beach Nature preserve, an area where swimming is off-limits. It's believed dad was trying to save his son. Deputies say they were swept away by the strong currents. They both died.

RELATED: HCSO: Body found may be missing Apollo Beach 'hero' who tried to save father, son from strong currents 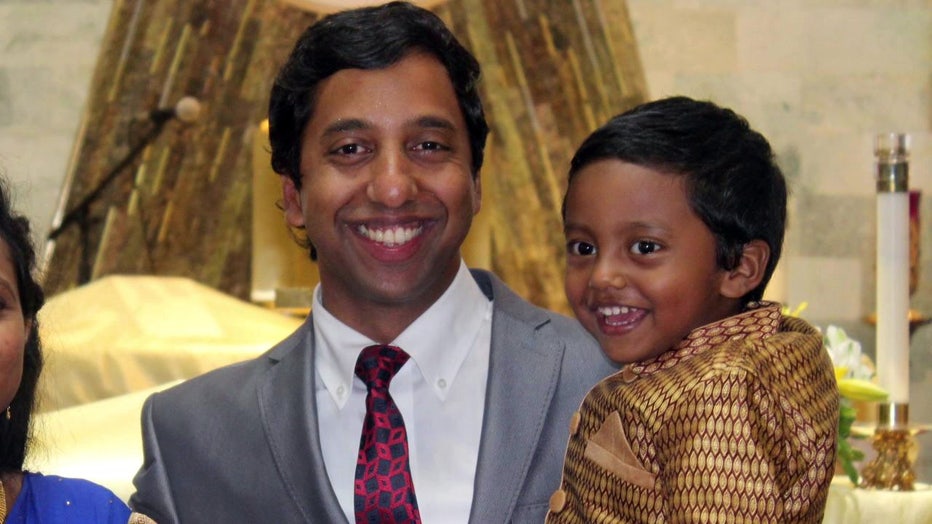 "He used to say he's confident he can save his son if any harm comes his way and I’m sure he'd go to the end to save him," said Joseph John, a longtime friend. "We still think it is a dream, it’s not happening."

Meanwhile, 27-year-old Kristoff Murray was also swept away that night. Deputies say the good Samaritan was attempting to rescue the father and son in distress. Late Monday afternoon, the Hillsborough County Sheriff's Office said they believed crews may have recovered Murray's body, though identification is pending from the Medical Examiner's Office.