TAMPA, Fla. - It was more than Taco Tuesday at Los Chapos Tacos in Ybor City. The vacant public housing project next door is coming down and a billion-dollar development called Gas Worx will go up.

It's big news for the taco business.

Gas Worx will be 50 acres of new apartments, office and retail space. The land on the edge of Ybor City includes land once proposed as the site of a new stadium for the Tampa Bay Rays, but so far, there’s no stadium in the Gas Worx plan.

The new neighborhood would connect Ybor City with the Channel District.

"And also connecting over to Tampa Heights, which is really doing well with Armature Works," says Ashley Gurbal Kritzer, real estate editor at the Tampa Bay Business Journal. "Think of this as filling the hole in the donut in Downtown Tampa," she says. 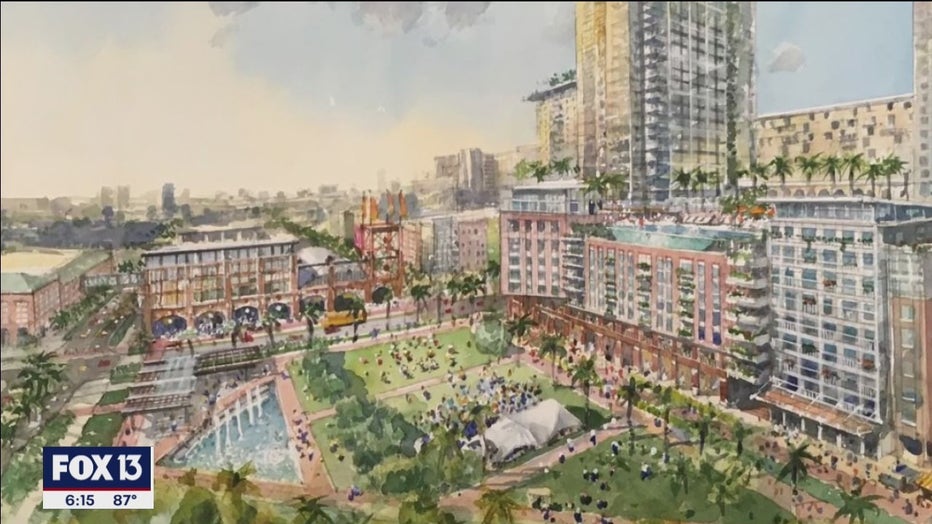 Like Water Street, the downtown redevelopment backed by Lightning owner Jeff Vinik and Bill Bates, Gas Worx will have office, retail, and residential. Kritzer believes Gas Worx could have more residential units than Water Street’s first phase, as many as 5,000. She expects the flow of residents to Tampa spending more money on housing will continue.

"There’s plenty of demand," says Kritzer. "I mean they’re getting apartment rents this city didn’t even dream about 10 years ago."

Gas Worx is being developed by Darryl Shaw, working with Kettler, a large development company based in the Washington D.C. area. They’re expected to create a visual bridge between two established neighborhoods.

The name Gas Worx comes from a People’s Gas facility that was there. Not many people knew about it, but if the city approves the project, a lot of people will be hearing about Gas Worx.