TAMPA, Fla.; - They are popular in beach towns, golf communities and subdivisions. Now, golf carts are becoming a much more common sight here in downtown Tampa.

Major improvements have been made in Tampa, so the roadways are safer for people to walk, bike and scoot around downtown. Transportation leaders say they welcome all alternatives to car traffic.

"Bring it on, let's have all of it," said Karen Kress, Director of Transportation and Planning for the Tampa Downtown Partnership.

She says having options for ways to get around the city is a good thing.

"The biggest variety of vehicles that we have on the road, I think that's going to conversely translate into drivers slowing down," Kress said.

Tampa has the streetcar, scooters and e-bikes. Now, you can rent a gas-powered golf cart in Channelside. 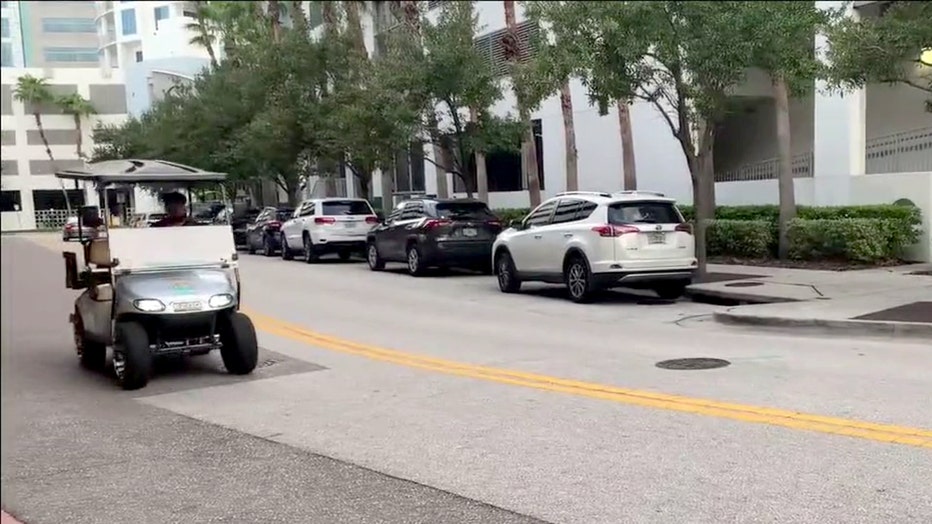 The company launched in the parking garage across from the Aquarium back in July with a fleet of eight golf carts that each seat four-people. Drivers must be at least 25-years-old with a valid license, and the carts max out at 25-miles-per hour.

"You have a blinker, you have a horn, you have mirrors and you have seatbelts," Mercado explained. "Seatbelts are required same way in a vehicle."

"They are allowed on any roadway that's 35 miles per hour or less. And that's pretty much every single street in downtown Tampa," Infrastructure and Mobility Program Coordinator for the city of Tampa, Brandie Miklus said.

The city of Tampa welcomes the surge in street legal golf carts.

The Tampa Bay region has a deadly reputation for pedestrians and cyclists.  However, safety is a driving force for many of the city’s roadway projects, and the Vision Zero action plan seeks to stop fatalities on the streets.  Leaders say supporting the transportation needs of everyone will result in slower drivers and a safer downtown.

"It's really wonderful to have other options and choices to get around Tampa and get around downtown, and golf carts is one of them," said Miklus.

If you are interested in renting a golf cart, Channelside Golf Cart Rentals is now open Thursday through Sunday.