South Carolina resident Bridget Hazel wanted to recreate a photo of her late mother but had no idea where it had been taken. So, she posted it on social media, and then the detective work began.

RABUN COUNTY, Ga. - It was a special snapshot in a stack of old photographs: Bridget Hazel’s mother, back in the 1970s, on a trip somewhere up in the mountains.

"I knew that she had gone there with my grandparents when she was very young," says Hazel. "Probably [in her] late teens or early twenties."

Hazel was only 16 years old when her mother Donna passed away from breast cancer. An avid backpacker and hiker today, the South Carolina resident had the idea to recreate the cherished photograph, as a kind of tribute to her mom.

"I thought to myself, ‘I would love to go and just stand where she stood and see what she saw. And kind of feel her presence in that." 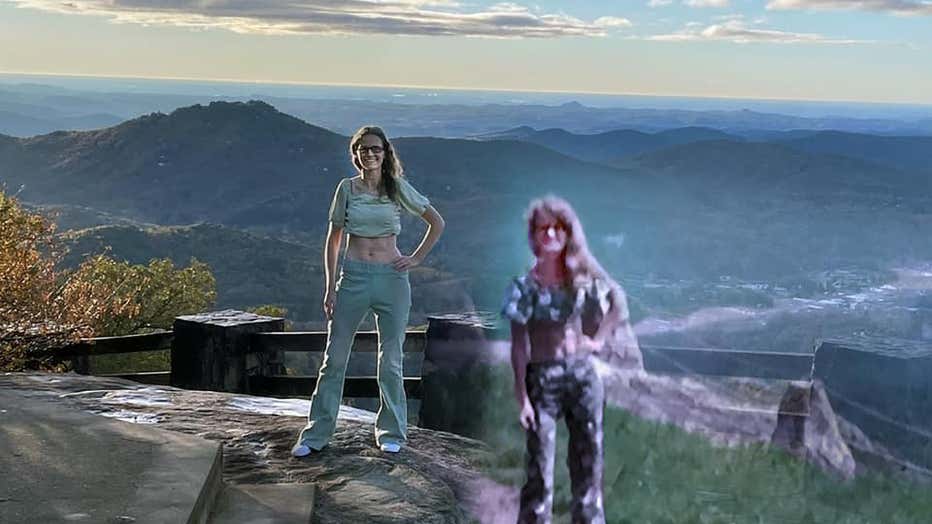 The problem? Hazel had no idea where the old photograph had been taken. So she posted the picture on social media, specifically in hiking groups on Facebook. One of them was called North Georgia Hiking & Adventure, where members like Rob Allen of Suwanee were captured by the story.

And it didn’t take long for the North Georgia hikers to place the grainy image. Commenters on the post identified the spot as being in Black Rock Mountain State Park in Rabun County. The past October, Bridget Hazel traveled there, documenting the experience on her YouTube channel.

"I could feel her," says Hazel. "And I could just kind of see my grandparents, I could picture them up on that hill facing down and taking that photograph of her."

And not only did Hazel recreate the photograph, but new friend Rob Allen made a composite image, combining the old and new pictures. The resulting image shows mother and daughter standing side-by-side.

Mother and daughter reunited in a picture worth much more than a thousand words.