LAKELAND, Fla. - Christopher Satterfield is in the process of renovating a more-than-100-year-old historic pink Victorian-style home in the Dixieland neighborhood of Lakeland.

But more importantly, he's restoring it to its glory of the past.

"[I’m] trying to decorate the house to the period to the time period," explained Satterfield.

It's a house that he and his son had admired and then learned it was for sale.

"George Lowe is the voice of ‘Space Ghost.’ He's a very famous voiceover guy. He's selling it. Used to belong to his mom. His mom passed away and it's been derelict, abandoned for about two years now," said Satterfield. "At the signing, George Lowe gave me the original abstracts and we're looking through them and we see, it's Henry Plant who owned it, who bought the land and the house." 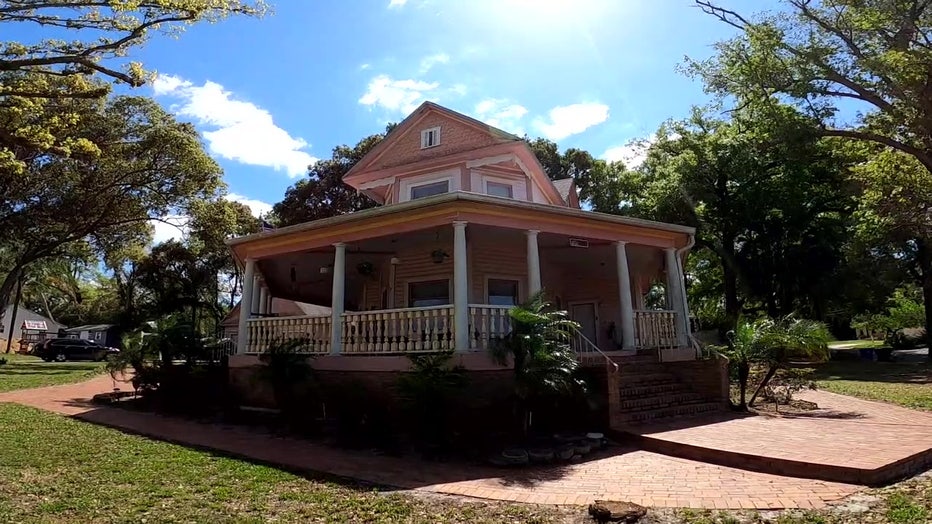 "Mr. Plant brought the railroad to Tampa back in 1884 and established a string of hotels, railway lines and steamship lines and really opened up Florida to the North," explained Susan Carter, a curator at the Henry B. Plant Museum in Tampa.

Satterfield reached out to Carter.

"He said that he had just purchased a property and had heard rumors that it was the Plant fishing lodge and, of course, our eyes lit up and we wanted to hear more about it," she continued.

"I sent her some pictures. They were very interested and excited," Satterfield recalled. 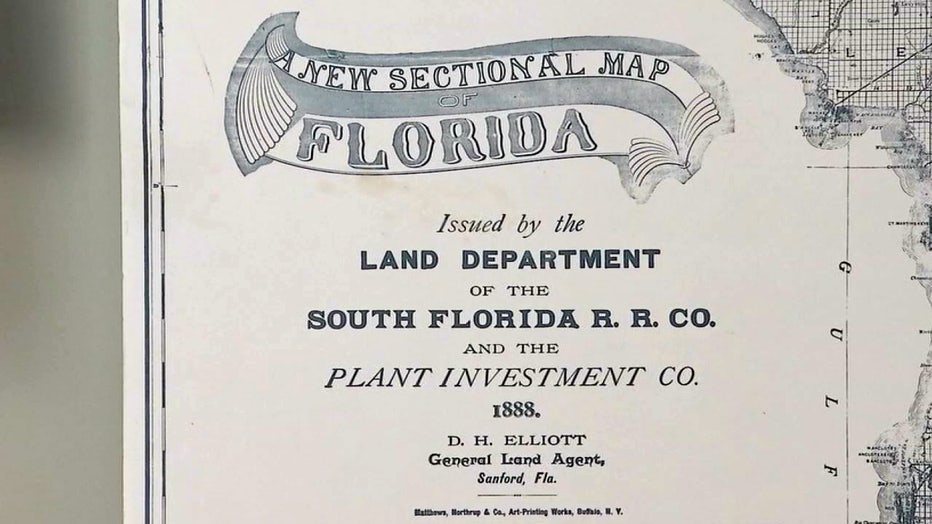 "We have seen a deed that Chris shared with us and it indicates that it was owned by the South Florida Railroad and it transferred, I believe it was Connecticut state laws into Florida laws, so it would kind of make business sense that Henry Plant had the property transferred under Florida law," said Carter.

"You can see directly where the train station used to be and where the railroad was and they believe that he either barged or canoed. And then this was his fishing lodge because he was an avid fisherman and outdoorsman," said Satterfield.

"He could have. We do know that Plant loved fishing and each one of his railway resorts -- he had eight of them in Florida -- they all had a fishing component," said Carter.

The house and museum share some common details inside.

"One is the fireplace. This is all hand-carved mahogany here just like in the museum," Satterfield said. 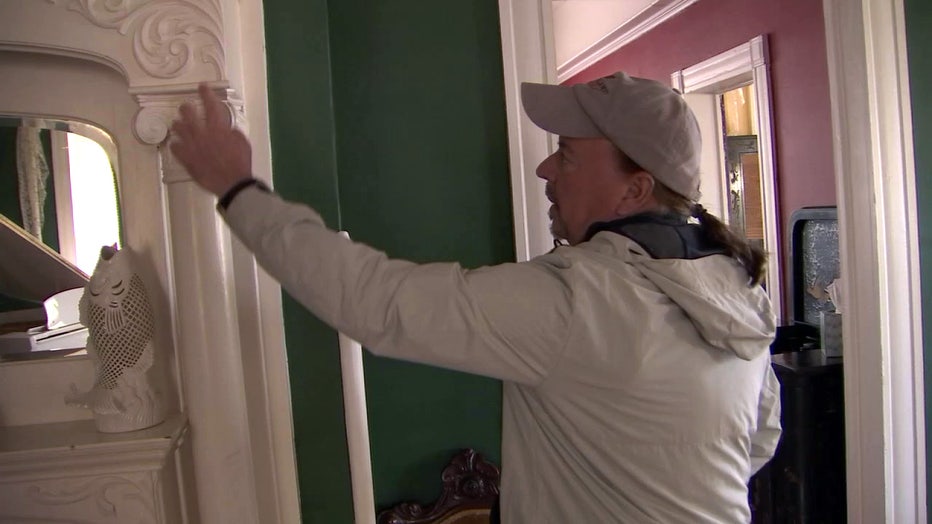 "The fireplace tiles certainly look very, very similar to a lot of the fireplaces in the Tampa Bay Hotel. Mr. Plant established the hotel here in 1891 and there were 500 rooms with fireplaces all hand-carved with Cuban mahogany wood with unique tiles in each one," Carter continued. "It was fun for us to learn more about the property and of course hope that Henry Plant did have a connection to it. We haven't found anything documentation-wise in our archive yet but I say ‘yet’ because we're always adding more material."

Satterfield is anxious to add new chapters to the story of this old house and piece together its past.

"You don't know who walked through those doors -- presidents, dignitaries, who knows who was here? To have something which is a historical monument for them, for this area, everybody's just super excited," Satterfield added. "We hope that it goes on many years for others to enjoy and possibly one day it will be a museum."

Photos: The view from atop Tampa history

They're one of the most iconic symbols of Tampa: The silver minarets that top Plant Hall, the historic building formerly known as Henry Plant's Tampa Bay Hotel.