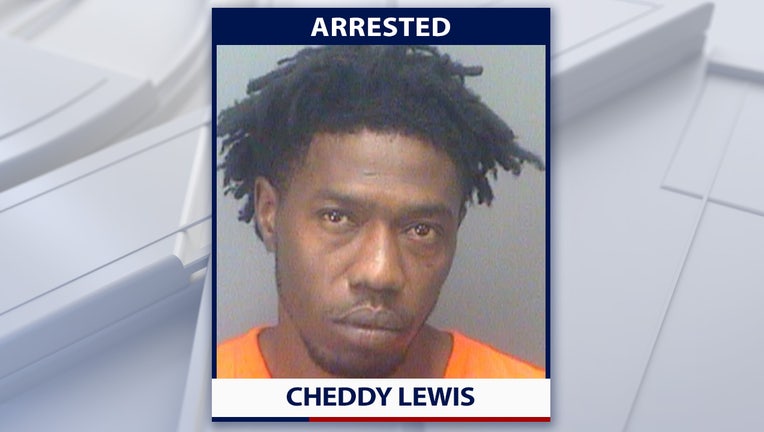 HOLIDAY, Fla. - Troopers arrested Cheddy Herland Lewis, 33, of Holiday, for driving under the influence after they say he hit and killed a man running across US-19 and fled the scene early Saturday morning.

According to the Florida Highway Patrol, a 40-year-old man from Largo tried to run westbound across the highway and was struck by Lewis, who was traveling southbound on US-19.

After impact, Lewis fled the scene but was located a few minutes later by Pinellas County deputies at Alderman and Belcher Road, according to FHP.

He was later arrested by FHP troopers for DUI and taken to the Pinellas County Jail. Additional charges are pending.

The 40-year-old pedestrian died at the scene.