Charcuterie, quinoa and Michael Jackson were among the top terms people in the U.S. wanted to know how to pronounce in 2021.

If you bought more Gemelli pasta, cereal bars or prepared sandwiches and wraps this year, you’re not alone.

Instacart revealed its 2021 shopping trends and that trio of items top the list of products on the rise in 2021. In contrast, pork center roasts, wax-covered cheese and yeast all trended downward in the last year.

Orders featuring baked feta pasta peaked on Feb. 11, due in large part to a recipe found on TikTok. Around that same time, shoppers placed Valentine’s Day orders, causing a rise in the number of fresh-cut roses and tulips, flower bouquets, lobster tails and filet mignons.

The build-up to New Year’s Eve has led to a spike in cabernet sauvignon, champagne, light lager, chardonnay and prosecco. 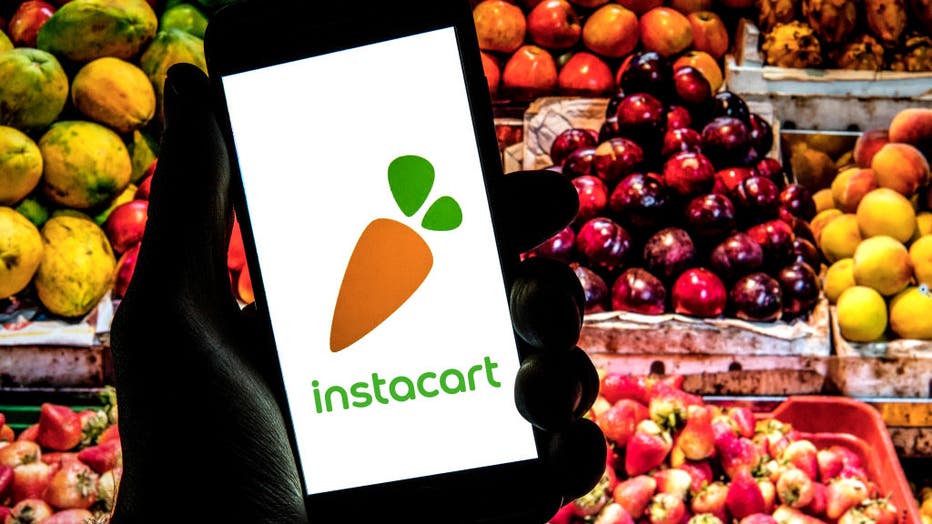 In this photo illustration, an Instacart logo seen displayed on a smartphone with fruits in a market in the background. (Photo Illustration by Thiago Prudencio/SOPA Images/LightRocket via Getty Images)

Ice cream lovers had a taste for cookie-flavored desserts this year. Aside from plain chocolate and vanilla, the most popular ice cream ordered included cookies and cream, cookie dough, strawberry, mint chip and chocolate peanut butter.

If those shoppers were using their ice cream to make banana splits, they sure didn’t skimp out on the bananas. Instacart said Americans ordered so many bananas this year, they could be stacked as high as 5,577 Mount Everests.

Finally, with perhaps the least surprising trend of this year, Americans stayed healthy by ordering pandemic-related items. Masks, hand sanitizers and at-home tests peaked in the third quarter, right around the time the delta variant of COVID-19 became the dominant strain in the United States.