Iota was already a record-breaking system, being the 30th named storm of this year’s extraordinarily busy Atlantic hurricane season. Such activity has focused attention on climate change, which scientists say is causing wetter, stronger and more destructive storms.

As of Sunday morning, Iota had maximum sustained winds of 90 miles per hour and was moving west-northwest at nine miles per hour.

Weber says Iota will likely strengthen into a category four hurricane before making landfall in Central America, which was hit by Eta two weeks ago. 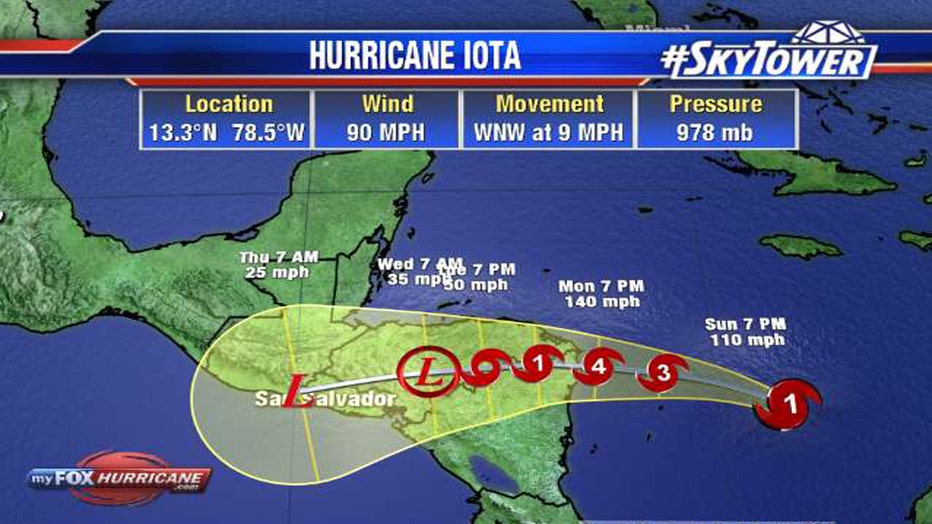 Eta was the 28th named storm of this year’s hurricane season, tying the 2005 record for named storms. Theta, the 29th, was weakening over the far eastern Atlantic Ocean.