It's a boy! Baby zebra born at Disney's Animal Kingdom

Guests riding Kilimanjaro Safaris on Monday got to witness the birth of a Hartmann’s mountain zebra foal that was born on the savanna. It's the first zebra born at Walt Disney World this year.

"Estimated to weigh about 65 pounds, the healthy baby boy has long legs and was standing and nuzzling with mom within minutes of birth," Disney Parks Blog reports.

The yet-to-be-named zebra was born to mom Heidi and the two are bonding nicely. 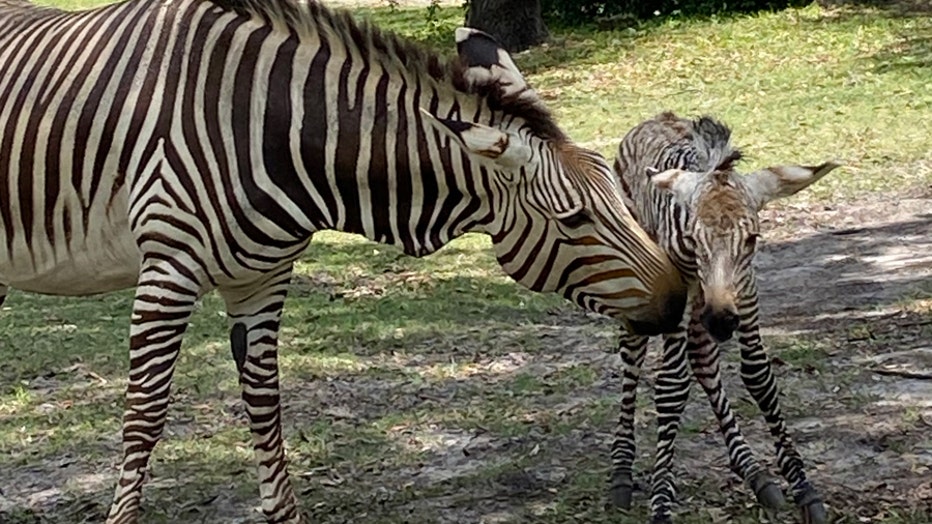 "Bonding is especially important, as a young zebra will imprint on its mother’s scent and memorize the unique markings on its mother’s hind legs to tell her apart from others in the herd."

The pair will rejoin sister Asha and the rest of the herd on the savanna in the coming weeks.

The foal was born as part of the Species Survival Plan program which helps ensure responsible breeding and genetic diversity of hundreds of animal species. 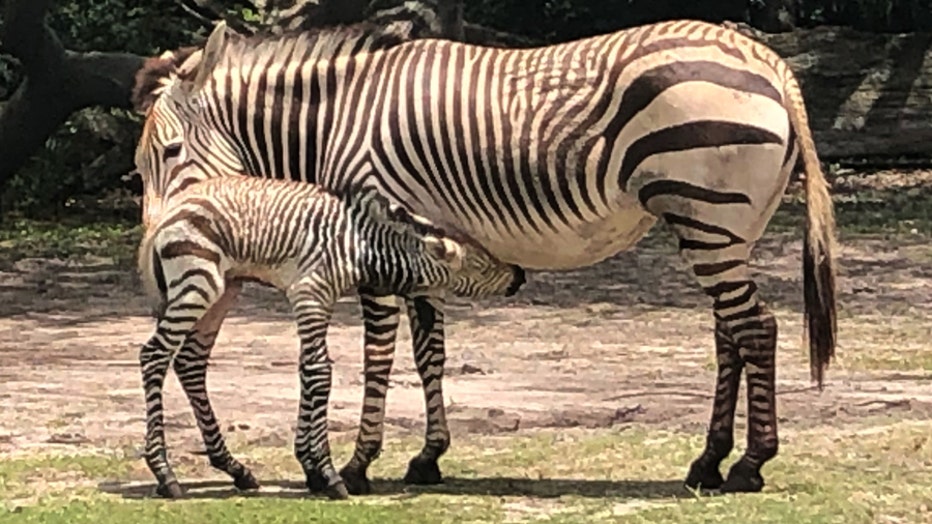