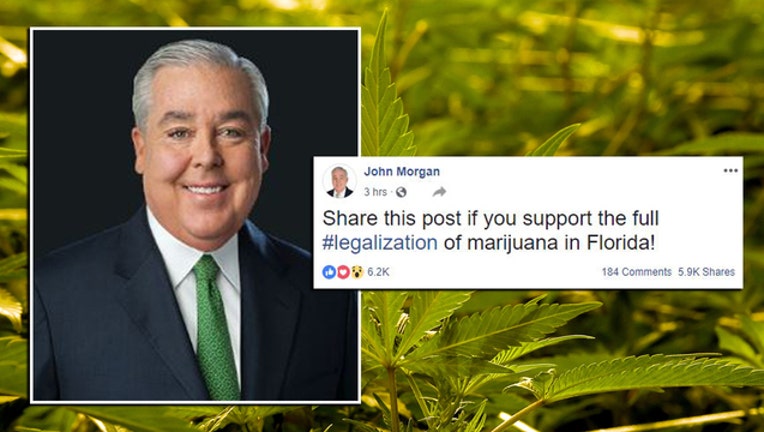 “Maybe it’s just time for full legalization. It would pass with flying colors!” Morgan wrote in a Facebook post June 26. “I'm going to look at starting a fund where we all can donate to get full #marijuana legalization on the ballot in 2020.”

Morgan threw his full weight behind Florida’s Amendment 2 on the 2016 ballot, legalizing the use of cannabis products for certain medical uses.

Morgan’s fight centered around his brother, who was left partially paralyzed and in constant pain after an accident. Marijuana, Morgan says, is the only thing that brings his brother some relief.

Since the passing of Amendment 2, patients with prescriptions and dispensaries with cannabis-based medications have faced hurdles.

The state’s health officials were tasked with deciding things like the number of growers and dispensaries allowed.

Lawmakers, however, could not even agree on whether to have a special session to talk about the amendment’s implementation.

Since then, a few dispensaries have begun to open across the state, but progress has been slow.

Morgan, meanwhile, has continued to challenge Governor Rick Scott on the issue, addressing him in a Facebook post saying, “You may think you can ignore really sick people and our veterans as you appeal their right to smoke #MedicalMarijuana but you'll find that HUGE numbers will turn out on this one issue.”

Although Florida voters overwhelmingly approved Amendment 2, it’s unclear whether they would have the same enthusiasm for legalizing pot for recreational use.