Accused stalker takes on his own case

TAMPA, Fla. - He was rude, he was combative, and he wanted his lawyer and the judge kicked off the case.

John Matthews is accused of stalking and threatening his ex-girlfriend. Tuesday, during a fiery Zoom hearing, he tried to take his case into his own hands.

Matthews is facing aggravated stalking and battery charges after prosecutors say he attacked and threatened to kill his ex-girlfriend. She filed a restraining order against him, but that didn't stop him.

Court records show Matthews followed his ex-girlfriend onto a HART bus, harassed her, and tried to kiss her.

Now he wants to fight the charges alone. He is asking to fire his public defender and try the case himself. 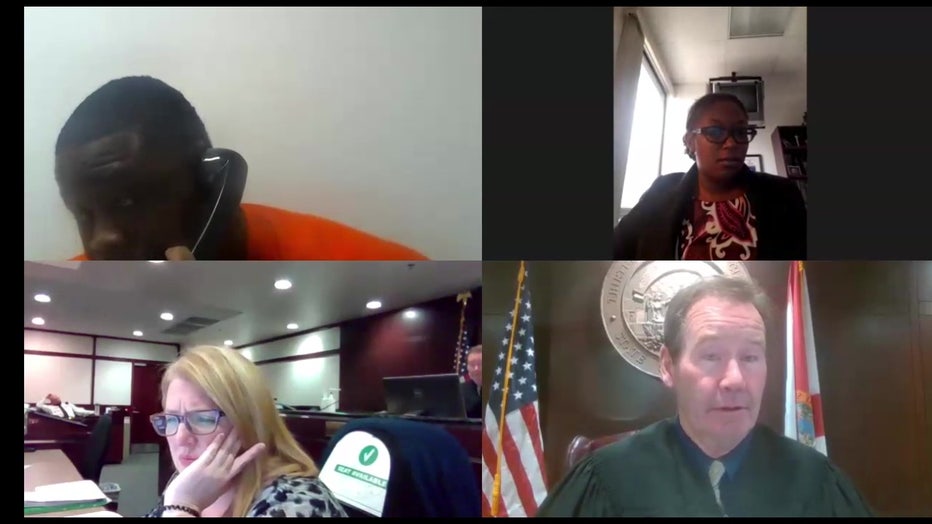 Judge Wolfe was patient with Matthews and warned him of the legal obstacles ahead, but Matthews didn't want to hear it,

"I’d like to put it on the face of the record, the duress, as of right now you are trying to force me to have a public defender," proclaimed Matthews.

Matthews wasn't done with his legal demands he even wanted Judge Wolfe kicked off the case, " I’m asking you to recuse yourself because there’s a conflict of interest.”

After taking it all into account, Matthews got what he wanted, "I grant the defendant’s motion and will allow the defendant to proceed pro se and the court will recuse himself," ruled Judge Wolfe.

Matthews thanked Judge Wolfe and now he will be transferred to a new judge to represent himself.