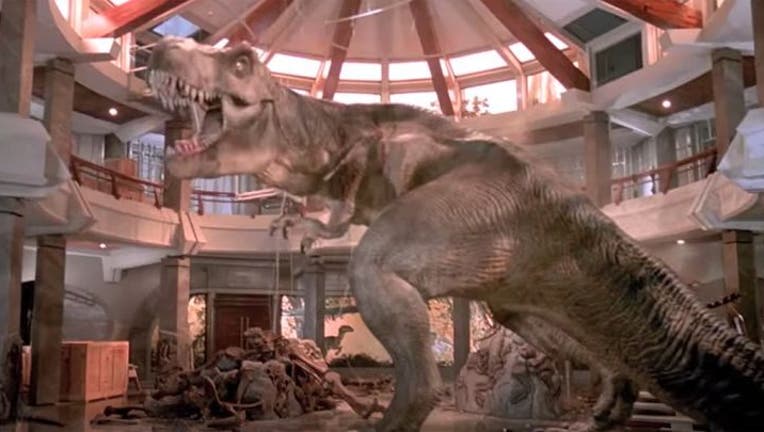 Director Steven Spielberg is at the top of the box office again.

His 1993 action-packed dinosaur adventure, "Jurassic Park," nabbed the number-one spot at the US box office 27 years after the film's original release date.

Deadline reported that "Jurassic Park" earned over $517,000 over the weekend of June 19-21. The beloved movie played at over 230 locations across the US, including drive-in cinemas, since the coronavirus pandemic has shuttered the movie theater industry since March.

Another Spielberg classic, "Jaws," arrived in second place with $516,000 earned from 187 venues. The shark thriller splashed into theaters 45 years ago in 1975.

Related: Jaws, Black Panther and more coming back to the drive-in

Most indoor theaters have been closed across the country since mid-March because of the pandemic, and many are gearing up to open by mid-July.

It's made the drive-in freshly relevant, given some indie films a chance to break through the noise and even provided a unique space for a movie premiere.

“Black Panther” and “Back to the Future” are two modern popcorn classics coming to the drive-in this summer.

Tribeca Enterprises, IMAX and AT&T on Monday announced the initial lineup for its summer series of films, comedy and football, running every weekend from July 2 through Aug. 2 in cities like Los Angeles, New York, Dallas, Minneapolis, Atlanta, Miami and Seattle.

There will be themed nights dedicated to sports (“Space Jam” and “Love & Basketball”), music (“Selena” and “Straight Outta Compton”), kids’ favorites (“Inside Out” and “The Lego Movie”), James Bond (“Goldfinger” and “Casino Royale”) and high school (“Mean Girls” and “Superbad”).

A July 4 celebration will include screenings of “Field of Dreams,” “The Wizard of Oz” and “Apollo 13.” Other films include “The Dark Knight,” “BeetleJuice,” “Pee-Wee’s Big Adventure” and “Do The Right Thing.” Kid-friendly content will be shown during matinee times with more mature fare in the evenings.