It's dubbed the apex predator of roller coasters more than two years in the making the Jurassic World VelociCoaster opens June 10 at Universal Orlando. FOX 35's David Martin chats with enthusiasts who have been on it already several times.

ORLANDO, Fla. - Attention thrill-seekers: the hunt is on.

Universal Orlando's latest thrill ride, Jurassic World: VelociCoaster, officially opens on Thursday. The theme park has been allowing riders to preview the ride since last month, but on Thursday, the teeth were officially unleashed!

Crowds lined up bright and early to check out the new coaster. Universal Parks News Today reported that the line to get on was backed up all way to the King Kong ride.

According to Universal's app, the wait time at opening was 3 hours. 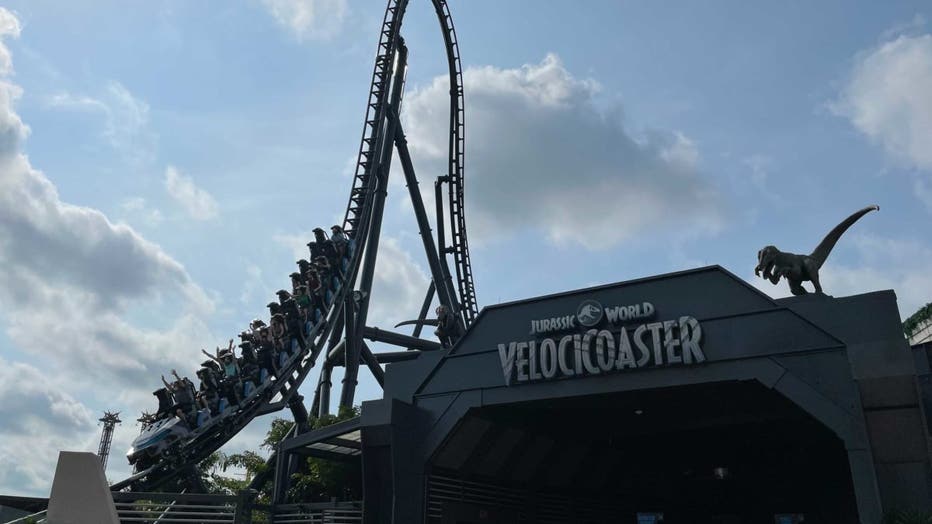 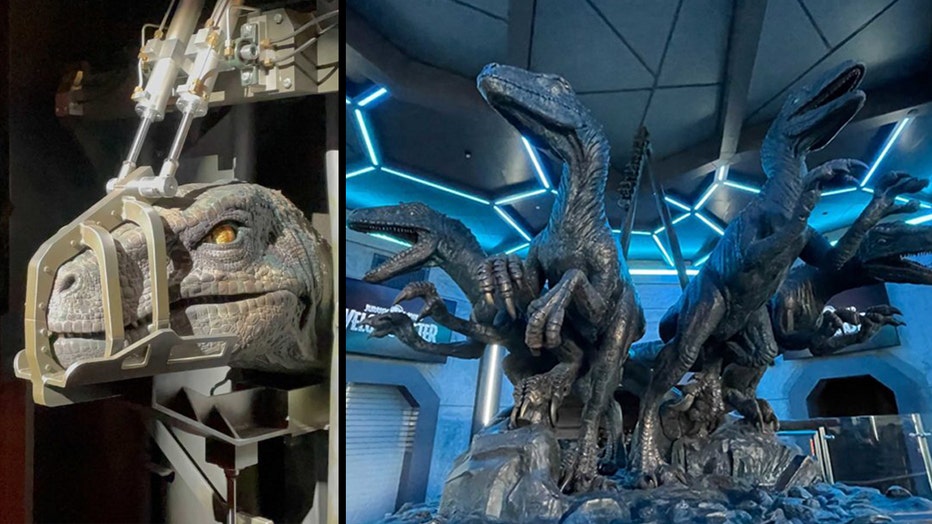 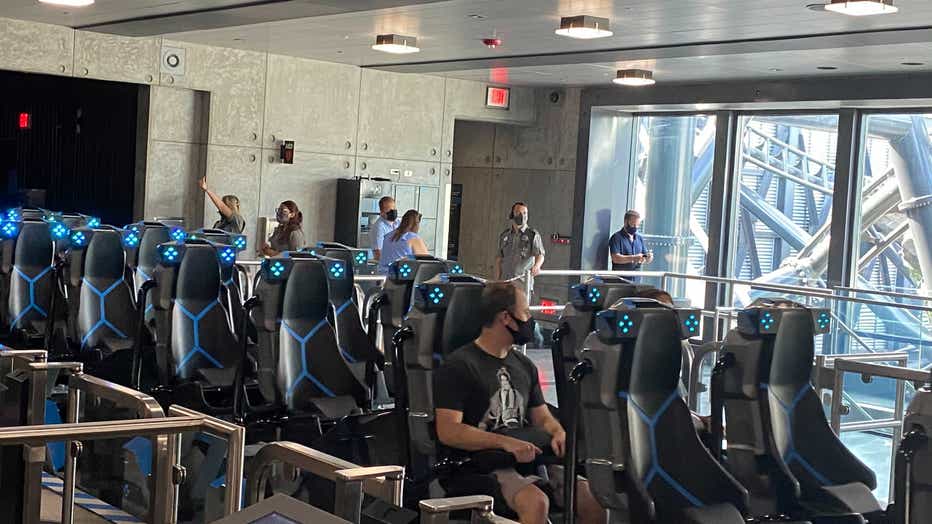 Universal Orlando Resort previously described the thrill ride as "a series of intense maneuvers that will send guests catapulting up to 70 mph and more than 150 feet in the air with the swiftest of prehistoric predators."

From the moment you enter, riders will be confronted by Velociraptors the blockbuster "Jurassic World" films – including fan-favorite Blue, along with Charlie, Delta and Echo – as they prepare to join the hunt alongside the ferocious pack in an epic, high-speed coaster chase.

RELATED: FOX 35 gets inside Jurassic World's VelociCoaster at Universal's Islands of Adventure

Rider tip: a VelociCoaster team member told FOX 35 News that riding in the front row offers the best view, but you'll feel the twists and turns of the ride more in the very back row. He also said to make sure you put your hands in the air during the barrel roll!

Lines are expected to be very long. FOX 35 Storm Team Meteorologist Kristin Giannas says to be sure to have some water on you while you are waiting because Orlando will hit the mid-90s today with lots of sunshine.