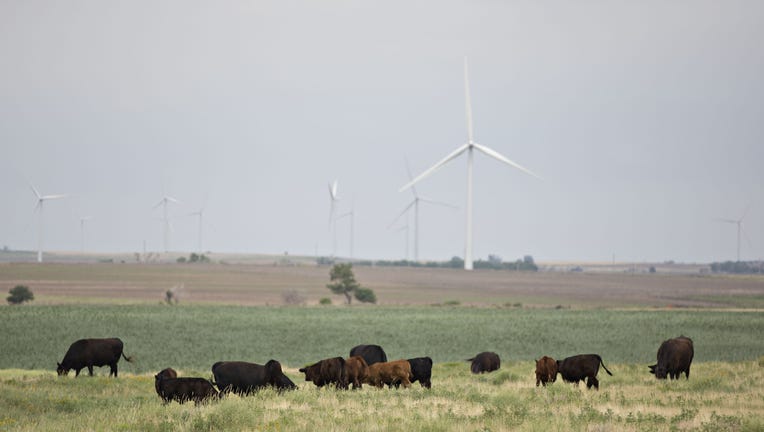 A blistering heat wave killed thousands of cattle in Kansas over the weekend, and more excessive heat is in the forecast through the weekend.

According to the Kansas Department of Health and Environment, the state is aware of at least 2,000 cattle deaths in the southwest region, but that number is based on the number of calls the agency has received to help with disposing of the carcasses. The actual number of deaths could be much higher.

"The combination of high temperatures, humidity and not a lot of wind made it difficult for the cows to stay cool," said Matt Lara, a state Department of Health and Environment spokesperson.

Videos showing the cattle deaths have been circulating on social media.

Kansas is one of the nation’s top cattle producers, ranking third behind Texas and Nebraska, according to the National Cattlemen’s Beef Association.

Heat stress in cattle is caused by a combination of high temperatures, high humidity, and little-to-no-wind to cool them off. The deadly heat stress in Kansas was largely due to how quickly the temperatures increased — up to 108 degrees in some parts of the state — as well as a rare weather phenomenon called heat bursts, which happen when thunderstorms are dying. Heat bursts in southwest Kansas reached 103 degrees at 10:30 p.m., FOX Weather reported.

"This was an unfortunate and unique weather event,"  Scarlett Hagins, vice president of communications for the Kansas Livestock Association, told FOX Weather. "And cattle producers work really hard to mitigate any kind of situation like this. They want to make sure that their animals are comfortable, safe and healthy. And they work to do that every day."

The National Weather Service said triple-digit temperatures were expected in Kansas again on Thursday and through the weekend. Parts of southwest Kansas are already under extreme drought conditions.