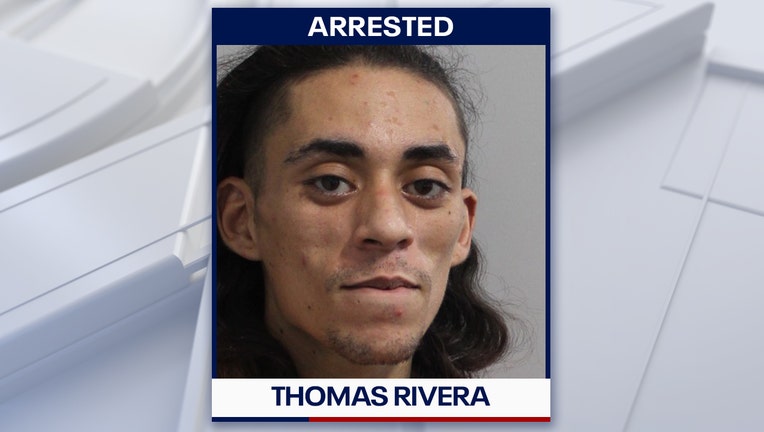 LAKELAND, Fla. - A Lakeland man has been charged with gunning down his roommate nearly one month after the deceased man was found inside their apartment.

According to the Lakeland Police Department, officers responding to the Bog Oaks Apartments on July 2 found a 21-year-old man dead inside a unit with an apparent gunshot wound.

The victim was taken to Lakeland Regional Health where he died.

At the time, the victim’s roommate, 24-year-old Thomas Anthony Rivera, told police he left the apartment to walk his dog on July 2 when he heard gunshots. Upon returning to the apartment, Rivera said he found his injured roommate inside. Police say Rivera also told them that he saw two men running from the location with guns and fleeing the scene.

However, investigators say video surveillance proved Rivera’s statement was false. According to LPD, evidence found at the scene indicated that Rivera was the only person in the apartment at the time of the shooting and was in close proximity to the victim when he was killed.

According to witness statements, Rivera waited possibly 30 minutes or more to call 911 for the victim.

On August 4, Rivera was charged with second-degree murder. However, he has been in jail since July 3, after being arrested for tampering with evidence and providing false information to law enforcement officers in this case.

The shooting is still under investigation.

Anyone with information related to the case is asked to contact Detective Troy Smith at 863-834-8958 or troy.smith@lakelandgov.net.