LAKELAND, Fla. - A Lakeland police officer shot and killed a man Sunday morning after witnessing the man shoot a woman at the Cobblestone Landing Townhomes.

According to the Lakeland Police Department, someone called 911 around 6:25 a.m. to report a domestic disturbance at the 5400 block of Quarry Rock Road involving a man with a gun. Three uniformed officers arrived on the scene and saw a man with a handgun and a woman standing outside the residence in the parking area. As the woman turned toward the direction of one of the officers, the suspect pointed his gun and shot her, according to LPD.

Officer Brent Behrens immediately returned fire, shooting the suspect. Officers began tending to both the suspect and victim while waiting for paramedics, but the shooting suspect, Howayne T. Gayle, died at the scene. Investigators say they recovered his gun.

Police said the 37-year-old female shooting victim was taken to Lakeland Regional Health, but she succumbed to her injuries at the hospital. 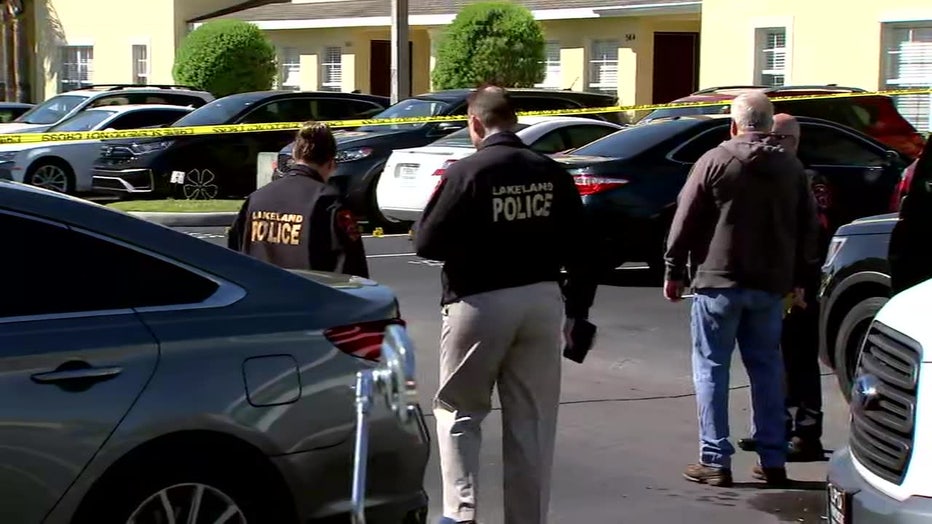 According to detectives, the woman and Gayle, 35, had been in a romantic relationship and recently broke up. Investigators say Gayle went to the townhome this morning and broke in after he was not allowed entry.

The victim and her 19-year-old daughter were inside the townhome at the time. The victim went outside with Gayle, where officers found them upon arriving at the scene.

Per agency protocol, Behrens will be on administrative leave with pay while the shooting is investigated.

Anyone with information related to the case is asked to contact Detective Laura Dunn at 863.834.6974 or laura.dunn@lakelandgov.net. To remain anonymous, contact Heartland Crime Stoppers Florida - call 1-800-226 8477, dial **TIPS from your cell phone, visit the website www.heartlandcrimestoppers.com and click on "Submit A Tip," or download the free "P3tips" app on your smartphone or tablet.