LARGO, Fla. - Tuesday is the third night of Hanukkah, the holiday that marks the way the Jewish people rose up centuries ago to defeat an enemy that tried to end religious freedom. A Largo couple is celebrating in a way that carries on their family tradition while honoring a lineage that was torn apart by the Holocaust.

Toni and John Rinde have collected nearly two dozen menorahs – all of which tell one central story: "We are strong, we are resilient, and we are here."

But of all their menorahs, which are displayed year-round, there's one that tells the story better than the others.

"It's very special because it was my mother and dad's," said Toni Rinde. "Every Hanukkah we would light this menorah and play Maoz Tzur." 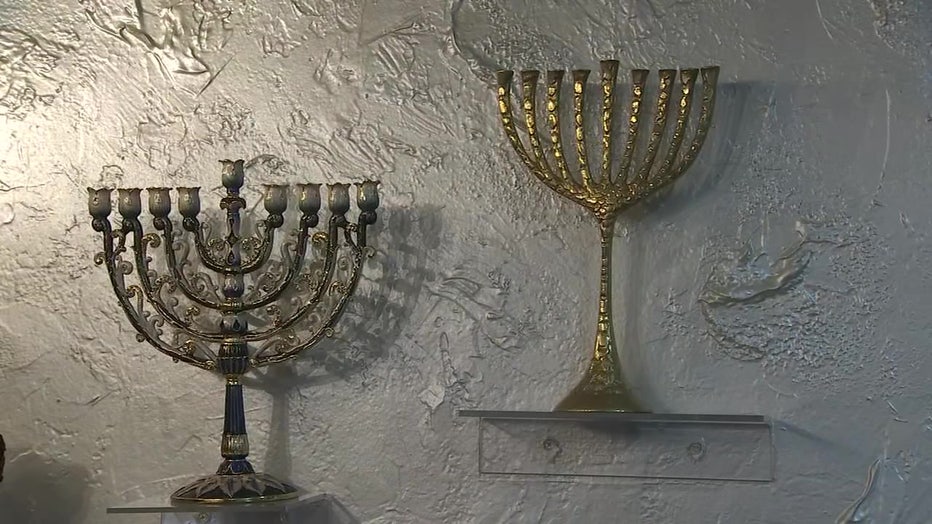 Toni was born Jewish in Poland in 1940, though she was hidden with a Catholic family until being reunited with her parents who helped fight the Nazis.

They all came to the United States in September in 1947, and Hanukkah, of course, was just a few months away. 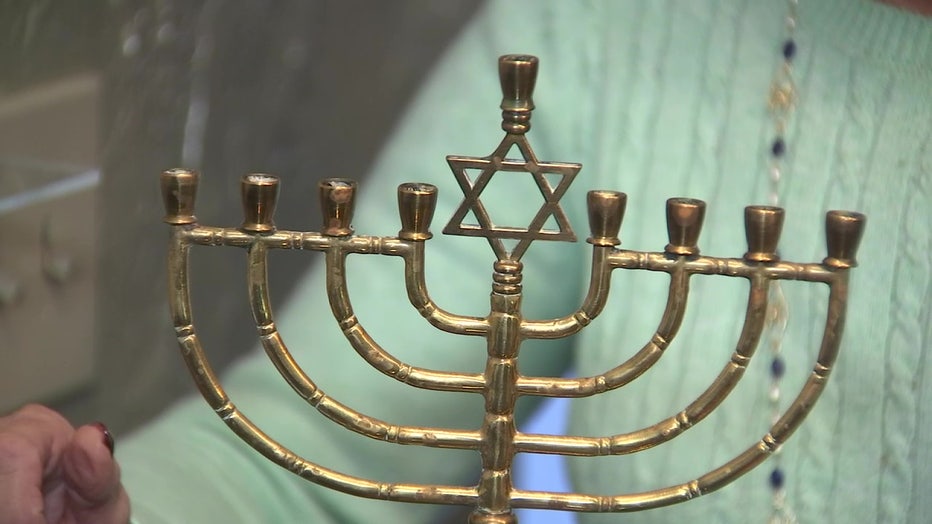 "[The menorah] was something that had to be bought and had to be used right away. That's what you do, you follow tradition. That was the first menorah we lit in this country," Toni Rinde said.

Hanukkah is the story of how the Jews, in 200 BC, fought the Seleucid Empire and won religious freedom, with menorahs representing a lamp in a sacred temple that burned for eight days, instead of just one. 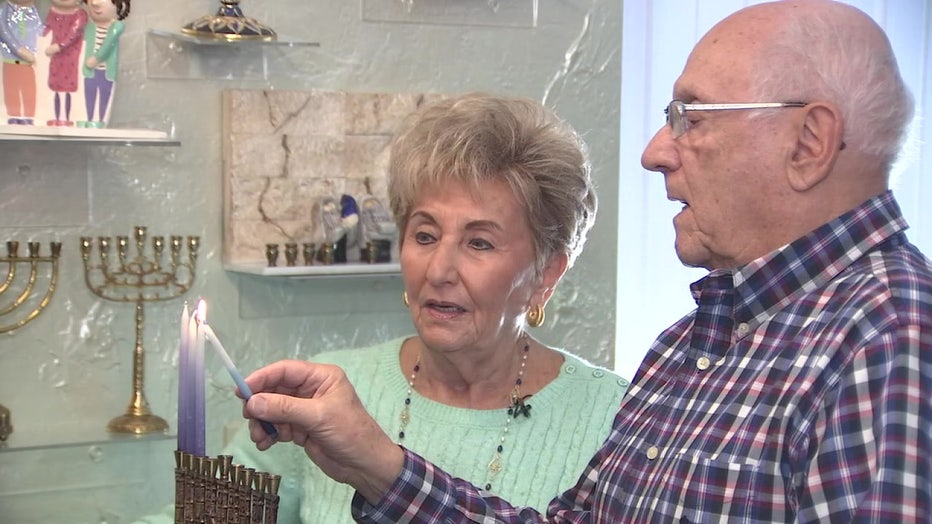 John's family also survived the Holocaust. He met Toni in New York in 1957.

"It is a miracle we survived," said John Rinde. "We came so close to getting caught on many occasions. You wonder what really saved us." 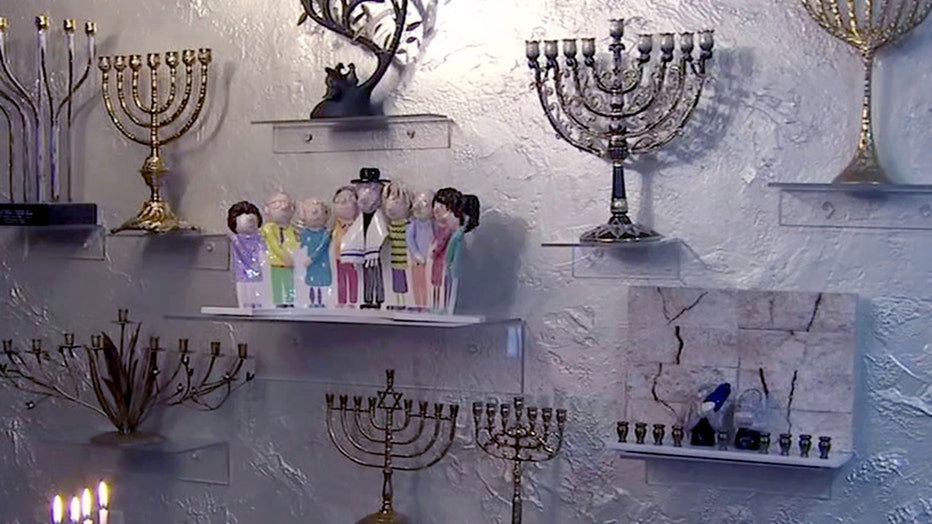 Therefore, they say, Hanukkah is a story everyone can learn from. The flickering row of candles represents the generations that have survived.

"In my heart, it tends to bring family together," said Toni Rinde. "I think there is strength in numbers. If you believe in something very strong, it happens, one way or another."