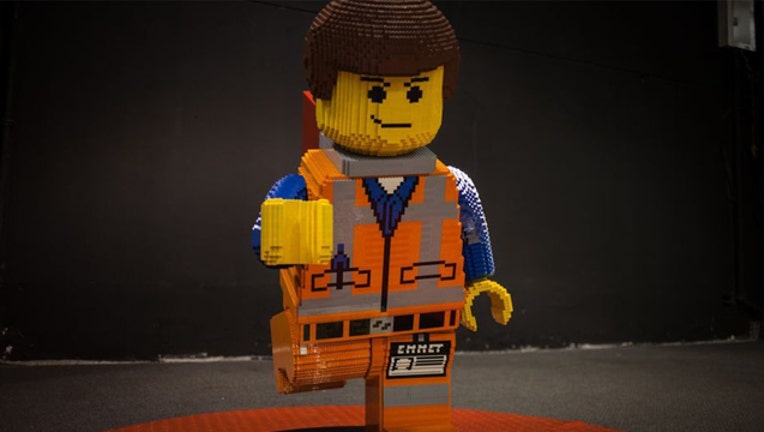 An art LEGO piece of Star Wars is on display during a media presentation of "Bricks By The Bay" with an exhibition gathering of LEGO builders, enthusiasts and fans in Colombia. (Photo by Juancho Torres/Anadolu Agency via Getty Images)

Danish toymaker Lego is testing a new way for customers to return their unwanted bricks in an effort to move closer to its goal of switching to 100 percent sustainable materials in the next decade.

U.S. customers can now print out a mailing label on its site, dump their used Lego bricks in a box and ship them off for free, the company announced.

The pieces will be cleaned, put in a box and given to Teach for America, a nonprofit that will donate them to classrooms across the United States. Some bricks will be also sent to the Boys & Girls Clubs of Boston for its after-school programs.

The company typically tells its customers to keep their bricks or pass them on to others. But some have asked for another way to donate them, said Tim Brooks, Lego’s vice president of environmental responsibility.

Plastic does not disintegrate. It breaks into smaller pieces, called microplastics, and can be eaten by animals and fish, putting their health at serious risk. It's a problem in all bodies of water, from the oceans to the Great Lakes. Earlier this year, Wayne State University was given a $1 million grant to hopefully find a solution to microplastics.

Lego, which is looking to please customers worried about plastic’s impact on the environment, joins other brands in shifting toward sustainable and eco-friendly practices.

A day prior to Legos' announcement, consumer products giant Unilever pledged to halve its use of non-recycled plastics by 2025 following a related move by Marriott International, the world’s largest hotel chain. In August, Marriott announced it will eliminate small plastic bottles of shampoo, conditioner and bath gel from its hotel rooms worldwide by December 2020.

In July, IHG, the owner of Holiday Inn, announced it plans to eliminate about 200 million tiny bottles each year by 2021.

Lego is also working to find other materials for its colorful bricks. But acquiring one as durable as plastic has been a challenge, Brooks said. Last year, however, it began making Lego trees and bushes out of sugar cane.

The announcement follows rival toymaker Hasbro's plan to get rid of plastic packaging. Hasbro, known for iconic toys such as Monopoly and Mr. Potato Head, announced in August that beginning in 2020, it plans to begin phasing out plastic from new product packaging with the goal to completely eliminate plastic use in its packaging by 2022.

FOX Business contributed to this report.