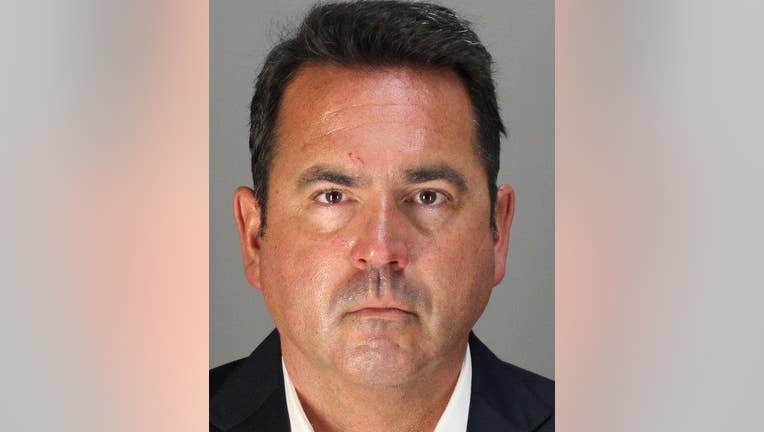 Nathan Ballard, longtime friend and adviser to Gov. Gavin Newsom was arrested for allegedly pushing his wife and attempting to suffocate a four-year-old child.

Ballard, who served as communications director when Newsom was mayor of San Francisco, allegedly pushed his wife into a glass door on Oct. 17 and attempted to suffocate a four-year-old child with a pillow at a posh resort in Napa County, as first reported by Politico. The Napa County District Attorney’s Office confirmed one of the victims was Ballard’s wife, but would not specify his relationship to the children involved.

After pushing his wife, Ballard then put a pillow over a four-year-old female victim and attempted to suffocate her, according to Henry Wofford with the Napa County Sheriff’s Office. He then said “harsh words” to the child before his wife was able to pull her free and retreat to a separate room with another young kid. None of the three victims involved have been identified.

A warrant was issued for Ballard and he and his attorney showed up at the sheriff’s office on Oct. 20. He was charged with one felony count of domestic abuse against his wife and a felony count of child abuse. Ballard was released after posting $75,000 bail.

Described by San Francisco Magazine as a “preeminent media whisperer”, Ballard runs The Press Shop, a public relations firm in San Francisco. He’s been a spokesman for many high-profile clients, including the Warriors, Super Bowl 50, and Fortune 100 companies, according to the company’s website. Ballard, who will be arraigned Dec. 29 in Napa County Superior Court, was also an adviser for presidential candidates Sen. John Kerry and Gen. Wesley Clark.

“I’ve spent my career in crisis communications fighting on behalf of the wrongfully accused, and now for the first time I really know what it feels like to be in their shoes,” Ballard said in a statement. “I will be exonerated. I love my children more than anything on earth, and we will be reunited.”

In a statement, Ballard’s attorney said he expects his client to be fully acquitted of the charges and pointed to a drinking problem. He said his client relapsed in April when his father died after eight years of sobriety.

“Nate knows that he is not perfect, but he is facing his own challenges head-on,” attorney Anthony Brass said. “After nearly eight years of continuous sobriety, Nate resumed drinking in April, after his father died. He is now clean and sober again, and he is currently in a residential recovery program to deal with his drinking problem in a responsible, comprehensive manner. He is a good father, he has his children’s best interests at heart, and he wants to resolve this matter privately, quickly, and fairly for their sake.”