TAMPA, Fla. - Florida is seeing slightly more than the average number of manatee deaths this year. But scientists don't know the cause of some because necropsies were suspended during the early months of the coronavirus pandemic.

In about a third of the 388 deaths, the bodies of the manatees were verified, not recovered. That's because in April and May the Florida Fish and Wildlife Conservation Commission suspended necropsies to keep staff socially distanced due to the coronavirus.

As spokeswoman Michelle Kerr told the Tampa Bay Times, "it takes several staff together to pick up a manatee carcass."

“They were verified, which means they were recorded into the mortality database, and not recovered because of covid quarantine restrictions,” she said in an email to the newspaper. “It takes several staff together to pick up a manatee carcass.” 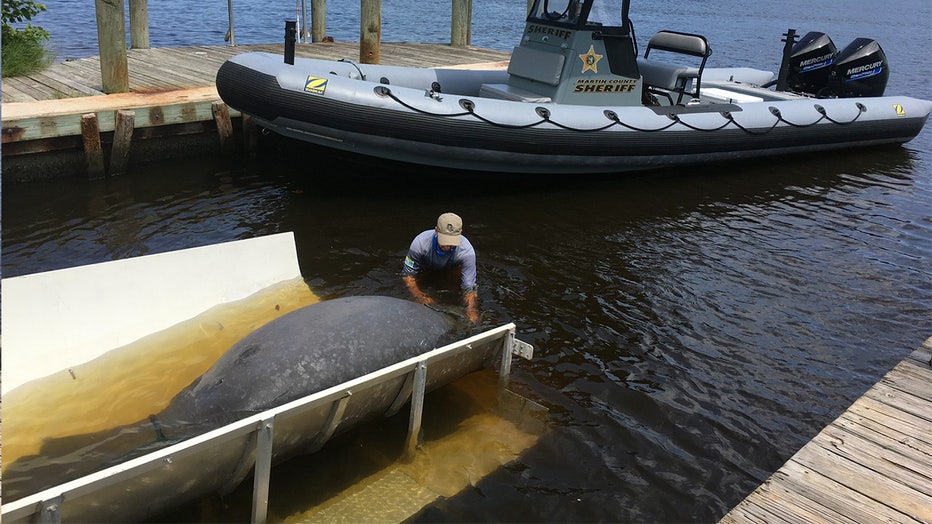 An injured manatee is tended to in Monroe County (MCSO photo)

State data showed 99 manatee deaths were documented during those two months. The majority were listed as “verified, not recovered.”

Through July 24, the number of manatee deaths are at least 22 above the five-year average, the newspaper reported.

“What we’re looking at is something that’s closing in on a lot higher year than normal possibly,” Patrick Rose, executive director of the environmental protection nonprofit Save the Manatee Club, told the Times.

The multi-year average is boosted by an uncommonly high death toll in 2018, when algae blooms devastated the state, Rose said. Florida hasn't seen a big red tide outbreak this year. 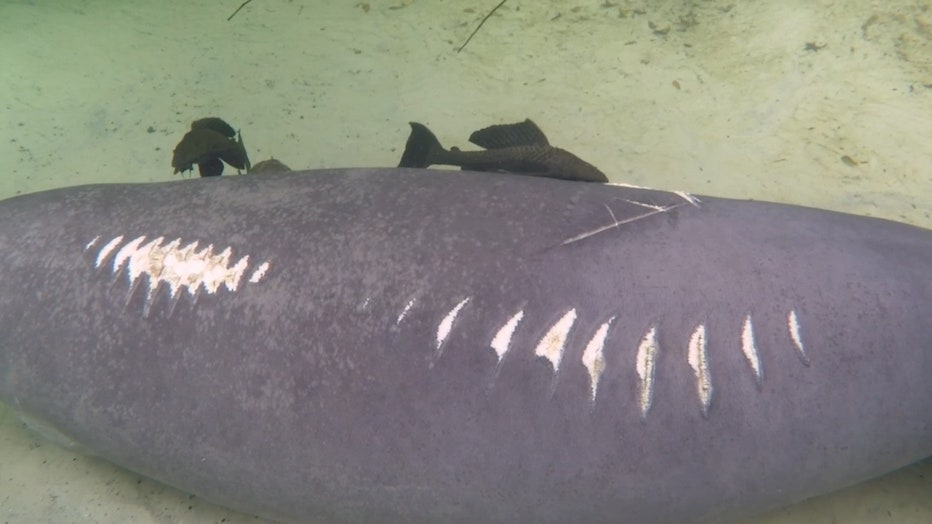 A theory about the higher deaths is an increase in boat traffic during the pandemic. There was “quite a lot of boat traffic” in the spring, Rose said.

The rescuers who still went out to injured manatees they saw evidence of scars from propellers, he added. State figures showed 68 manatees were rescued through July, with 17 hit by watercraft.

“While we do not know this exact portion of watercraft-related deaths for carcasses this year, models and historical data do show that boat collisions with manatees are one of the major threats to the manatee population long-term," Kerr told the Times.

Florida manatees are considered a threatened species under the Endangered Species Act. Scientists estimated a manatee population of between 7,500 and 10,200 in 2018. More than 600 manatees deaths were recorded last year.

Rose said he's curious about what he considers to be a significant number of deaths marked as perinatal. So far in 2020, there have been 69 documented perinatal cases, compared to 49 in 2019. Rose said he's trying to determine whether changes to the salinity of water or habitat in some areas might be a factor.

In late May Angela Prosser found a dead baby manatee wedged against a dock on the Hillsborough River in Tampa and called the wildlife commission, she told the Times. No one came to investigate, and by the next day the corpse had floated away.

“It was gruesome,” she said, noting that the mother had a scar on its back.

She and other residents told the newspaper that they've noticed an uptick in boat traffic on the river during the pandemic.