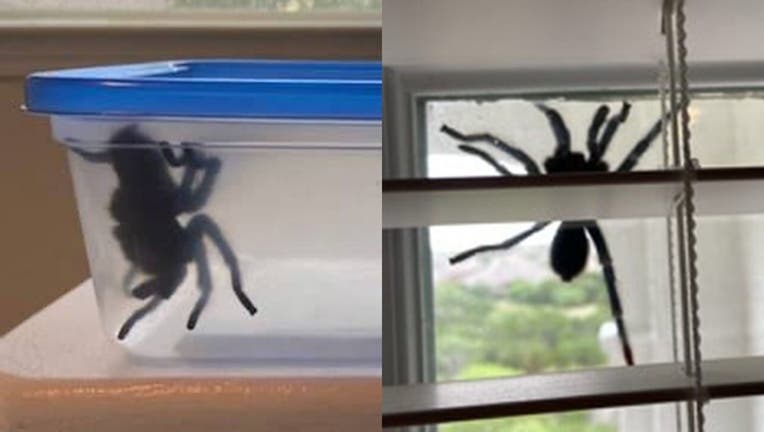 Not since Peter Parker stepped into the spider's parlor has anyone been caught in a web like this.

Video and images of an engorged arachnid clinging to the door of a Texas apartment last week have gone viral.

On June 19, the couple found the eight-legged unwelcome guest, which appeared to be bigger than the size of a human hand, crawling on the back patio door of their San Antonio home, Teouna Thomas told Fox News.

"I was terrified! My husband actually saw it before me because my back was turned to the patio door," Thomas said.

However, her biggest concern was her 12-week-old puppy.

"We could see him trying to sniff at it several times as it moved up the door, "she said.

As soon as spidey reached the top of the door, Thomas said her husband, Ken, ran outside to try and capture it.

She was tasked with finding something big enough to put it inside.

"I've never been so nervous looking for a for Tupperware," Thomas said, adding that her husband was the "real hero."

"He now says he knew he had to catch it or else I would have made us move again," she added.

After it was safely captured, the couple called the leasing office to report the spider and request pest control.

The woman from the leasing office gladly took the critter off their hands and later informed them that the spider had been released back into the wild.

Her only wish: "I pray not near our apartment complex!"