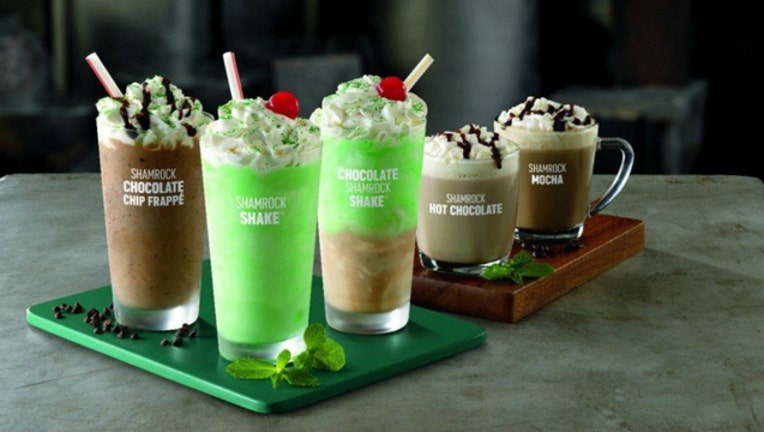 If the Chocolate Shamrock Shake sounds familiar, there's a reason. The drink has been a part of the chain's "secret menu," according to Consumerist . Before, customers could ask McDonald's workers to make a mint-chocolate version of the drink.

According to Brand Eating , McDonald's latest Shamrock beverages are already available in select locations. A wider roll-out is planned for Tuesday.