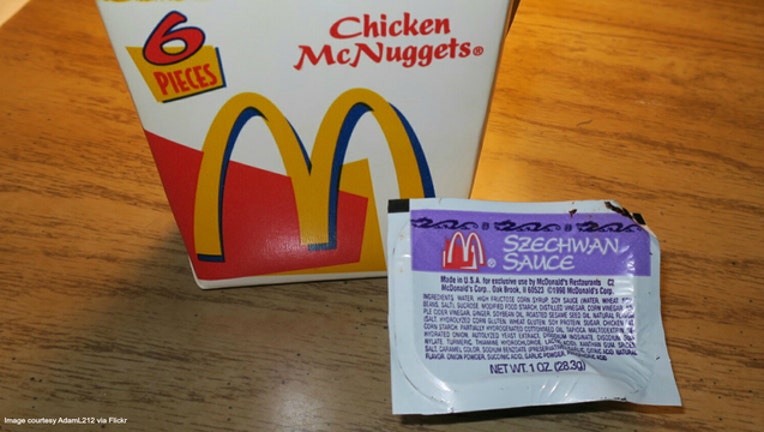 OAK BROOK, Illinois (Fox 32 News) - McDonald's announced on Sunday that it is going to bring Szechuan sauce to all restaurants this winter after a social media backlash triggered by restaurants running out of Szechuan sauce on Saturday.

The restaurants sold the sweet plum sauce for one day only, Saturday, October 7, after pleas from the creators of the popular cartoon Rick and Morty. Sauce fans lined up outside restaurants.

However, only a handful of packets of sauce were available at each store. Some people got angry and police had to be called.

One crowd in Welllington, Florida, was caught on video chanting "We want sauce!"

The best fans in the multiverse showed us what they got today. We hear you & we're sorry not everyone could get some super-limited Szechuan.

Then later on Sunday, McDonald's announced that the company would provide Szechuan sauce to all customers in whatever amounts they desired this winter.