Anchor Brant, a senior at University of South Florida, is hoping to win the $2,500 top prize for having the best mullet in America -- and pay off some of that tuition. "Hopefully, there’s a lot of kids out there that I’m inspiring right now to just say, ‘Why not?' and start growing it out. It looks great right now," he said before flipping his golden locks.

TAMPA, Fla. - A Tampa man – with his natural curls, highlights, and a mustache to match – is hoping the country thinks his mullet is the best in all of America.

Anchor Brant is vying for the USA Mullet Championship top prize along with 99 other guys from across the country. Brant, a University of South Florida student studying communications, told FOX 13 his mother was the reason he applied in the first place.

"Over the pandemic, I thought no one was really going to see me, so I started growing it out," he explained. "A bunch of people started talking to me about the mullet championship here in the U, S, of A. My mom sent me a link and said, ‘You know I’ll pay your entry fee for you as long as you get it in there.’ I entered and well, I guess I made it this far. Hopefully I can make it all the way to the finals." 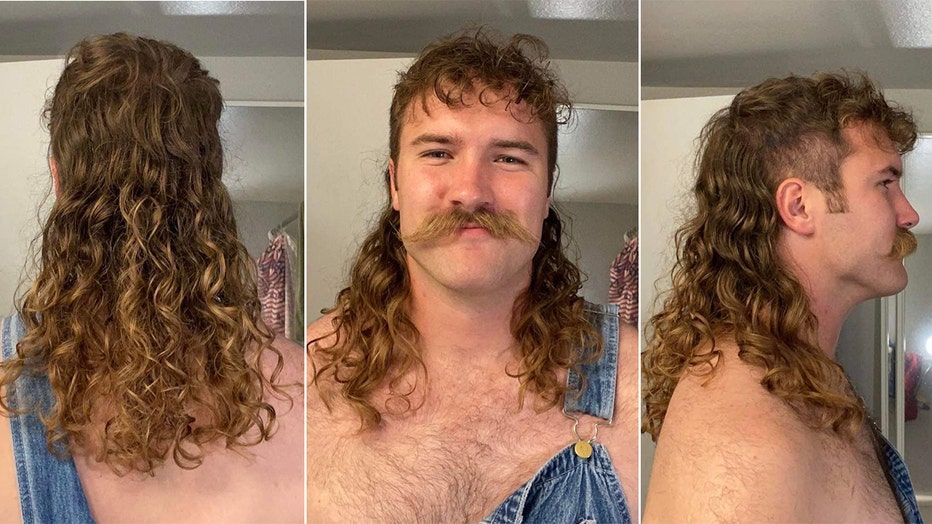 Anchor Brant shares his 'business in the front' and 'party in the back' looks. (Photos provided by Anchor)

He said he thinks he did a good job maintaining it based on public opinion.

"Every time I leave the house, I get at least one compliment on that or my mustache," Brant said. "It’s a conversation starter. I think I’ve got a good shot." 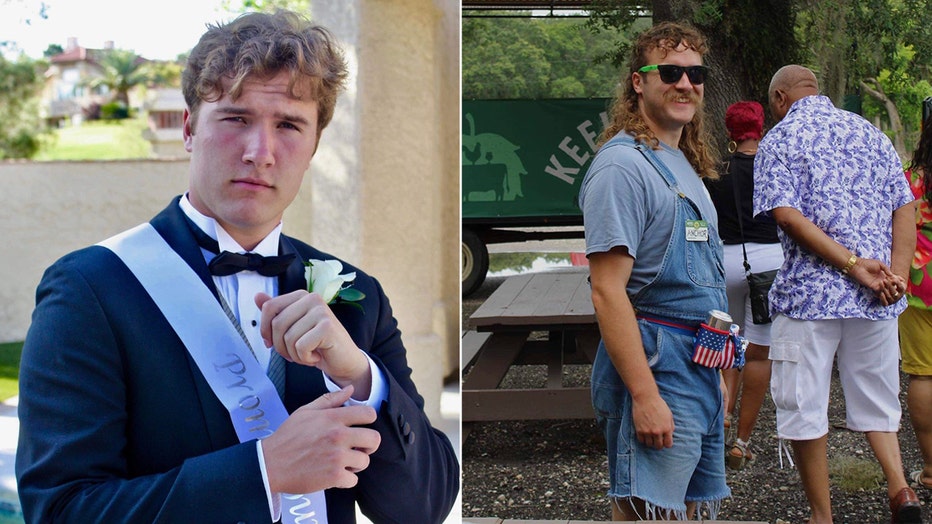 Anchor Brant, before his mullet (left) and here he is with his mullet (right) at Keel & Curley.

Brant said his mother is a fan, but did laugh at him at first. She remains supportive of her son through the competition.

"She’s very supportive, couldn’t do any of this without her," he said while flipping his hair. "I think I’m doing pretty good so far."

You can vote for Anchor by "liking" his photo on the USA Mullet Championships' Facebook page. Voting for this round ends Wednesday night. The top 14 will move on to the finals. Judges will select additional competitors who will automatically earn a spot in the Top 25.

The winner gets $2,500, and bragging rights, of course, which is all Brant said he cares about.

Plus, it will help pay for his tuition.

"Hopefully, there’s a lot of kids out there that I’m inspiring right now to just say, ‘Why not?' and start growing it out," Brant said. "It looks great right now.’