ST. PETE BEACH, Fla. - A group of mermaids have turned the pool at the Sirata Beach Resort on St. Pete Beach into a lagoon. They are part of the growing "mermaiding" community.

"I describe mermaiding as a form of self-expression. Wearing a mermaid tail and being a fabulous mermaid self," said Karen Tickner.

"I also think that mermaiding gives people an escape. Times are tough and people just need to take a break sometimes," said Tickner.

She became hooked after a visit to Florida's mermaid city, Weeki Wachee. Tickner said she started going when she was a child.

"I discovered mermaiding swimming the coral reef in Hawaii in a mermaid tail," said Tickner.

Tickner isn't just an enthusiast. She teaches others how to mermaid. 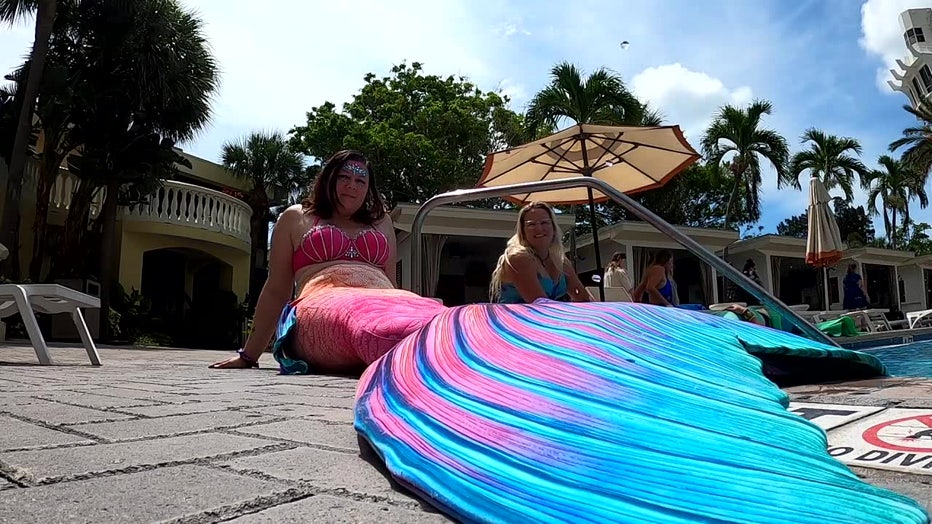 And it's not just mermaids. Mermen, like Wesley Croft, are putting on the tails too.

Croft said he's always loved mermaids, and he was even born the same year "The Little Mermaid" came out in 1989. He's also traveled out-of-state to go to mermaid cons.

"There was only like one or two mermen in the whole state and now I feel like the whole mermaid community is just growing exponentially because everybody does need just a little bit of magic in their lives," said Croft.

He loves it so much, he's creating mermaid tails through his business Jurassic Merman.

"I never thought in a million years I would be making mermaid tails for a living. I've lost like almost 30 pounds since I started swimming in a tail," said Croft.