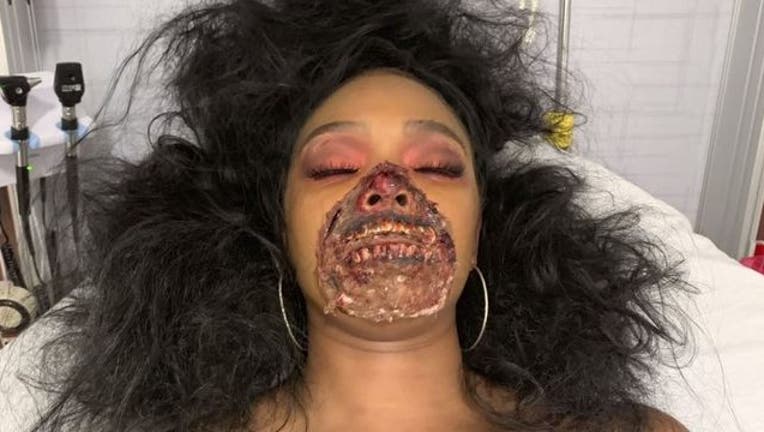 ROYAL OAK, Mich. - A professional dancer caused a scare at Beaumont Hospital Royal Oak Monday night when she had a panic attack while getting zombie makeup done - and her look put the hospital on high alert.

Jai Fears is no stranger to makeup. She toured with Aretha, Charlie Wilson, and others as a back-up dancer, so makeup wasn't a big deal.

But something happened on Monday as she was getting makeup done for a Halloween marketing campaign.

"It literally just shot up to my brain and it just caused like a really bad reaction," said Fears. "We were getting ready to do a photo shoot to do some marketing for Glam Gore for people who want to get their make up done for the Halloween season."

She was three hours into her makeup job when Jai had a panic attack. She was rushed to the hospital but still wearing the makeup. Beaumont Royal Oak went into high alert.

"(They said) Let's get her back to trauma now and she's probably going into shock, she's not making any sense," said Fears.

The level one trauma center didn't know then that Fears was wearing makeup. She says they should have been able to figure it out.

"They have to know! So no, I did not say anything because I just assumed they could see that it was fake," she said.

Beaumont can't comment on individual patients - but did issue a statement.