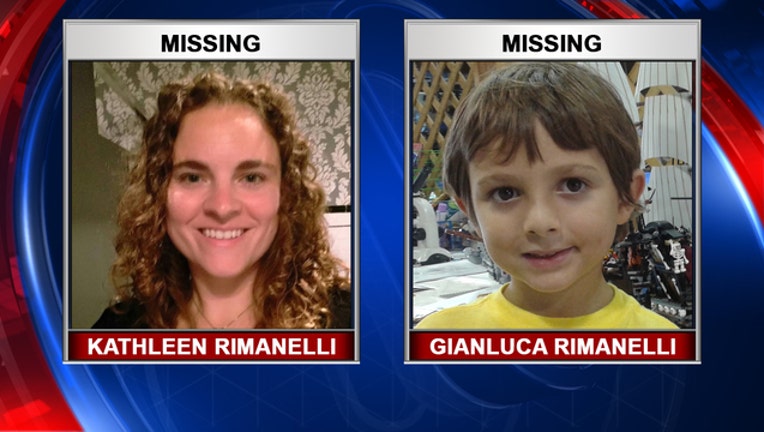 DADE CITY (FOX 13) - Pasco County detectives say a mother and her son who went missing out of Dade City have now been found safe.

Family members say they last spoke to Kathleen Rimanelli, 33, around 2:30 p.m. Tuesday. Her 6-year-old son, Gianluca Rimanelli, did not attend school, and the two haven't been seen or heard from since.

The sheriff's office issued an alert for the pair overnight, but late this morning, deputies said they had both been found safe at a hospital in Sarasota.

There was no other information initially available.