A Missouri deputy decided to surprise his son after returning from a four-month deployment in Afghanistan. The young boy climbed out of the car window to hug his dad, and just didn't want to let go.

VERSAILLES, Mo. - A deputy sheriff in Missouri had an emotional reunion with his son on Monday after returning from a deployment in Afghanistan.

The Morgan County Sheriff's Office said on Facebook that Deputy Sheriff Clint Thomas was able to surprise his son after his four-month deployment with the U.S. Air Force in Bagram, Afghanistan.

RELATED: Veterans, Gold Star families to get lifetime passes to US national parks

A video posted by the sheriff's office on Monday shows Thomas surprising his son after deputies pulled over the vehicle the boy was riding in. 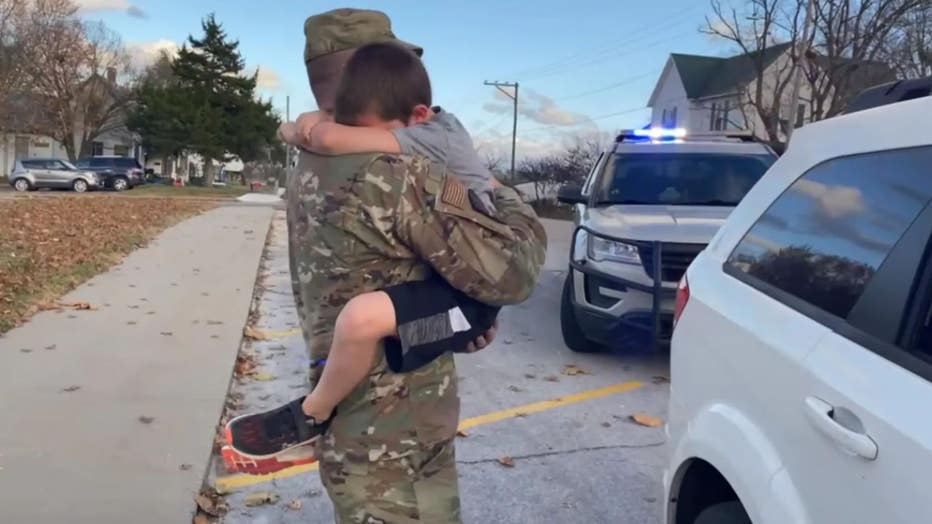 Morgan County Deputy Sheriff Clint Thomas surprised his son after pulling over the car he was in on Monday. (Morgan County Sheriff's Office)

"What's up, bud?" Thomas can be heard saying in the video.

The footage shows the child climbing out of the car's window and into his dad's arms.

The two then are held in a long embrace, as cheers of "welcome home" can be heard in the background.