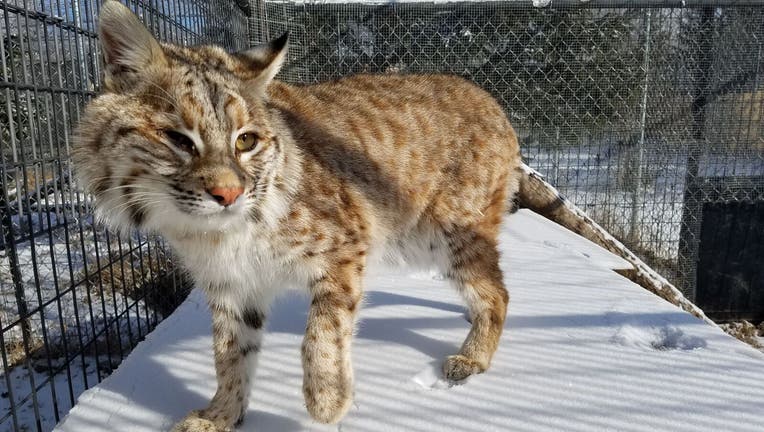 FOX NEWS - Not quite the catfish he was expecting.

Brett Hereford was fishing on a lake in Montana on Sunday, Oct. 6, with his dad, Bob, and mom, when the pair made an unusual discovery — a bobcat “thrashing around” in the water.

The Herefords were fishing on Flathead Lake when they made the kitty catch.

According to Bob’s post on Facebook, his son scooped up the bobcat “very carefully” into a fishing net to save it from drowning. The pair then took it back to shore, where they released the animal into the wild.

In a video of the bobcat in the net, Bob announces the cat is “not happy” and declares the bobcat likely wants in the boat, before stating, “but we’re not going to let him.”

Bob revealed that the group pet the animal “quite a bit” to warm it up after a person on Facebook stated that the bobcat looked cold.

The anglers were not sure how the bobcat got so far away from shore in the first place — bobcats can swim, but usually avoid water unless necessary — but were glad to be there as the father-son duo felt the animal looked tired and was unable to stay above water.