What does it take to tend to sharks at Mote Marine?

There are people who get into tanks with the fearsome fins on a regular basis. At Mote Marine, this shark diver knew what she wanted to do when she was a kid.

SARASOTA, Fla. - Divers have admiration from every child visiting an aquarium, and most of the big kids too. They're just as cool as the fish they're surrounded by.

But who does that job?

"I don’t think 12-year-old me would be surprised I’m working at Mote because that was the plan all along," said Rachel Ayala, senior aquarium biologist at Mote Marine Aquarium in Sarasota.

She started volunteering at Mote over a decade ago and had internships here during both high school and college. 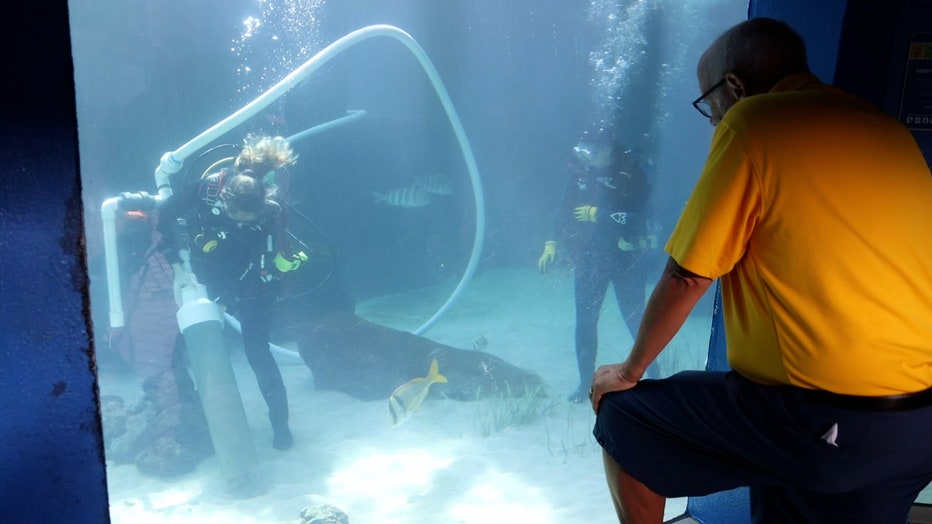 A visitor at Mote Marine peers inside the shark tank as Rachel cleans.

"I like to say I stuck around until they had to start paying me," she said with a laugh.

Now, Rachel cares for Mote's animals, including the six sharks in their large tank. Training and feeding the sharks are vital parts of her job.

READ: Florida's ‘shark maternity ward’ may have been forever changed after direct hit by Hurricane Ian

"I’ve always been amazed by sharks. I used to come to Mote as a kid and I always thought the sharks were the coolest," she said.

A couple of times a month, you'll see Rachel perform one of her more visible roles at the aquarium: helping to maintain the tanks. 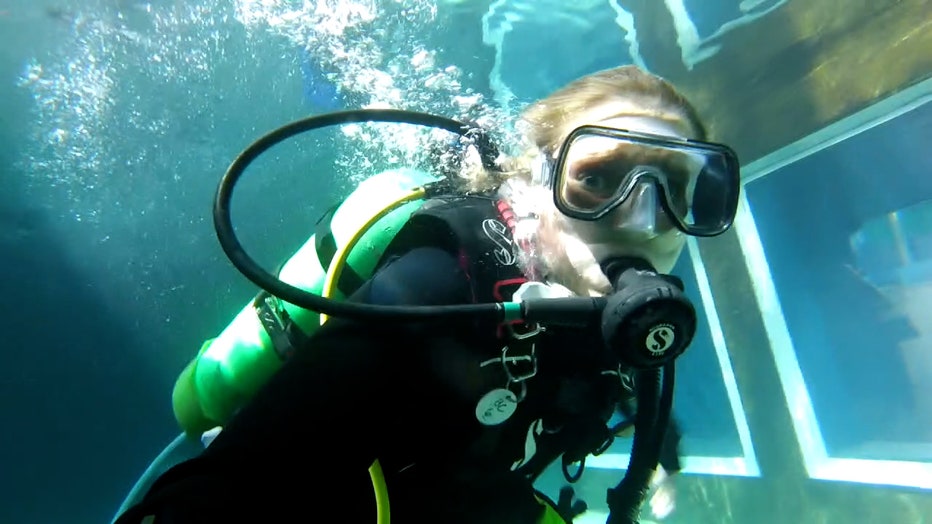 "The sharks are pretty used to us at this point. It’s a routine," Rachel explained. "We do a dive twice a week, so they’re used to us."

They'll clean the walls and windows, scrub structures in the tank, and even use a vacuum.

"It's strong enough to pull the debris from the sand, but it leaves the sand behind," she stated.

She does all this under the watchful eye of the oceans' apex predators. 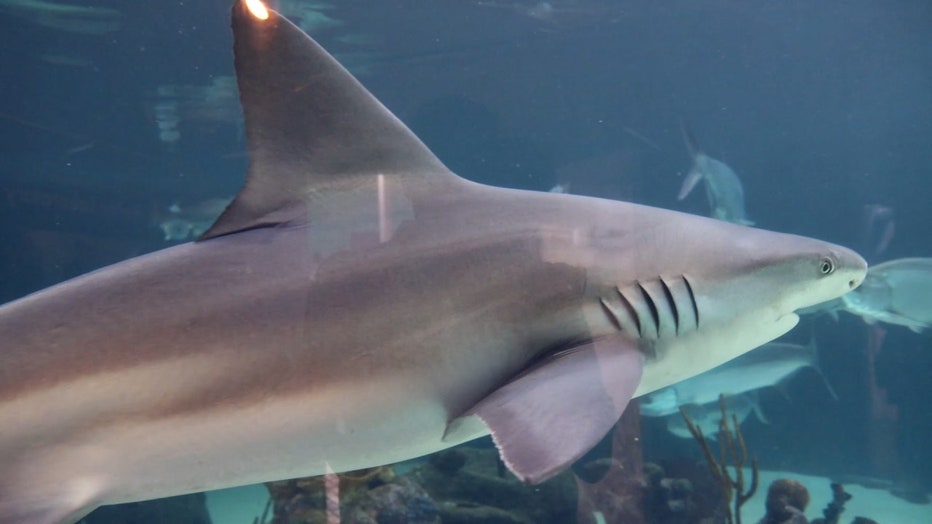 "It’s very awe-inspiring to be that close to sharks," Rachel offered.

But any fears she once had of diving around sharks have disappeared with years of experience.

"Especially after watching them take a piece of food and spit it out because it's gross or they don’t like it. That kind of takes away some of the intimidation," she said.

Rachel says it is flattering that so many people look at her job with envy, but for her, it's purely a lifelong passion.

"Our top priority is always our animals," she explained, "making sure they are comfortable and happy, doing anything we can to ensure they are living their best life."