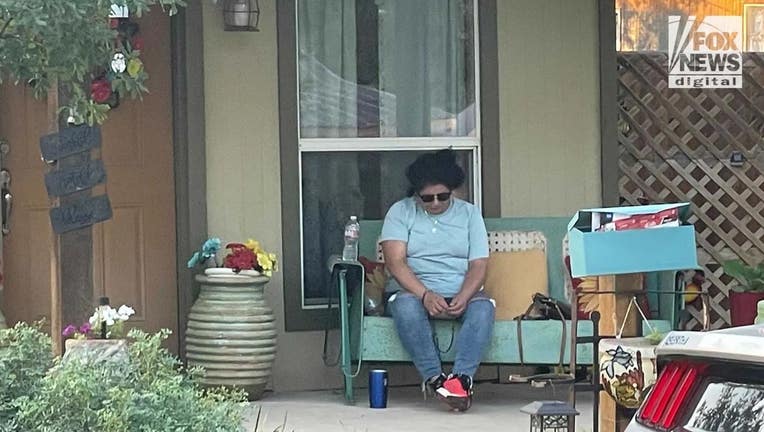 The mother of Texas school shooting suspect Salvador Ramos was praying on the front porch of her parents' Uvalde home on Thursday evening. (Fox News Digital)

UVALDE, Texas - The mother of the gunman who shot and killed 19 children and two teachers in a Texas elementary school says she wants the public to forgive him for what he did.

Adriana Martinez, the mother of 18-year-old Salvador Ramos, spoke to Mexican news outlet Televisa, saying she was still in shock.

"I have no words. I have no words to say. I don't know what he was thinking," she said tearfully. "He had his reasons for doing what he did and please don't judge him. I only want the innocent children who died to forgive me."

When asked what she would say to the families of the victims, Martinez said, "Forgive me, forgive my son. I know he had his reasons."

The reporter then asked what reasons Ramos could have had for the massacre.

Martinez replied, "To get closer to those children, instead of paying attention to the other bad things. I have no words, I don't know."

Polk Sheriff Grady Judd and Ryan Petty, whose daughter Alaina was killed in the Parkland school shooting in 2018, discuss school safety in the wake of the mass shooting at a Texas elementary school where 19 children and two teachers were killed earlier this week.

On Thursday, Martinez's father, Rolando Reyes, told Fox News Digital that his daughter is "feeling bad for everybody" but added, "She lost her son, too."

Before the mass shooting at Robb Elementary School on Tuesday, Ramos shot and wounded his grandmother at her home that morning. Neighbors called police when she staggered outside and they saw she had been shot in the face, Department of Public Safety spokesperson Travis Considine said.

From there, Ramos drove to the school, where he crashed his truck through a railing on the school grounds and exchanged gunfire with several officers before entering the building.